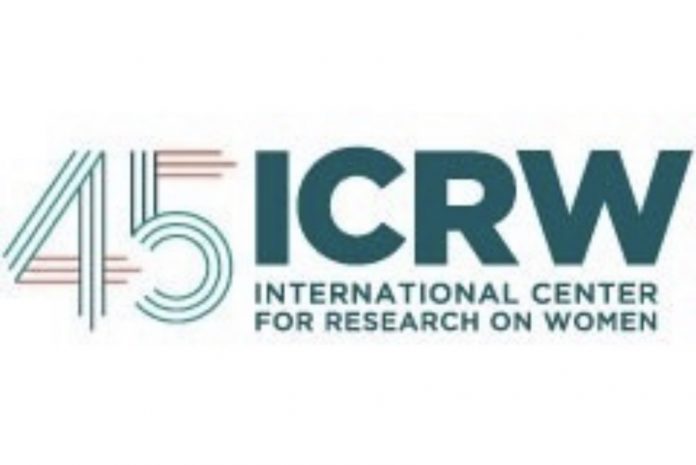 The International Center for Research on Women (ICRW) today announced Peggy Clark, a global force in movements to combat poverty, and advance gender equity and social justice, as its new CEO. Clark will begin her tenure on October 4, 2021.

“We are incredibly fortunate that Peggy, a champion for gender equity and an expert in global development, is joining our organization,” said Tara Abrahams, the incoming chair of the ICRW board. “She brings with her extensive relationships and networks in the Global South, which will be essential to deepening the impact of our work on behalf of women and girls and other marginalized populations in critical regions of the world.”

Throughout her three-decade career, Clark has worked tirelessly to tackle and address unequal gender norms such as women’s economic security, health and well-being. She is a champion for racial equity and diversity and her unique skill set and executive expertise, along with her respect for research, will be crucial to leading ICRW into its next chapter.

“I am honored and excited to be leading ICRW, a pioneering research institute that is focused on achieving gender justice,” said Peggy Clark. “We are at a critical moment where women’s rights and advancements are under constant threat across the world, especially for women of color, and we must stand firm in our values and mission. I look forward to working with the team to drive the next chapter of gender equity and leveraging ICRW’s important research to further advance the progress and empowerment of women everywhere.”

Clark served most recently as the Executive Director for the Aspen Global Innovators Group, which under her leadership brought innovative and practical partnerships to the table to address some of the most important development challenges including, the fight for economic gender equality and greater access to healthcare for the voiceless around the world. While at Aspen, Clark was recognized for promoting breakthrough strategies to combat challenges in global development and secured more than $80 million in multi-year funding for global health and women’s programs and over $150 million in support of the Aspen Global Innovators Group.

“I am delighted that Peggy will take the helm at ICRW,” said Former Secretary of State Madeleine Albright. “Peggy will bring her unique combination of energy and experience to make a major difference for women and girls everywhere, and she will carry forward ICRW’s legacy to even greater impact.”

Clark’s accomplished career also includes positions at The Ford Foundation and Save The Children, where she developed and implemented programs in 45 countries and across six geographic regions. She was also the founder of Realizing Rights with former President of Ireland Mary Robinson to promote rights-based solutions to major global challenges and was instrumental in passage of the WHO Global Code of Practice on the Ethical Recruitment of Health Workers. She has also led major research projects, including a study of the role of mid-level health care providers in reducing maternal mortality in Malawi, Mozambique and Tanzania and a multi-year study of women welfare levers and microenterprise in the US. She was honored with the Presidential Award for Excellence in Microenterprise for her research efforts.

“Peggy is a relentless champion for women and girls in development. She understands the challenges they face and how those challenges have been exacerbated by the global pandemic. Peggy will ensure that in bringing proof to power, ICRW delivers to advance gender equality,” said Executive Secretary of the African Leaders Malaria Alliance Joy Phumaphi.

“Peggy shaped global health and gender equity worldwide through her day-to-day actions, with passion and energy, guided by her commitment and leadership, based on trust, and a clear path to empower others to be the best version of themselves,” said Agnes Binagwaho, Vice Chancellor of the University of Global Health Equity. “She is a master at offering connections that help advance our transformative agenda, as a marathon, not a sprint.”

The Search: The comprehensive global CEO search lasted twelve months and spanned four continents. It drew nearly 150 candidates with a range of relevant expertise and backgrounds. Clark’s deep history with women’s issues, proven fundraising ability and exceptional network, which includes leaders at the highest levels of government across the world, made her the best candidate for this position. Members of the search committee highlighted Clark’s vision and her commitment to diversity, equity and inclusion both in the organization and in ICRW’s research. Her ideas to strengthen and elevate ICRW’s global platform and expand research capabilities will create positive change for gender equity and social inclusion for years to come.

After more than 13 years leading ICRW, three as COO and more than a decade as CEO, Dr. Sarah Degnan Kambou announced in November 2020 her intention to step down. She will begin a sabbatical in Cambridge, England in October, focusing on writing projects and Board service, before engaging in targeted projects to drive gender equity across the globe.