On the bustling Cairene street of Al-Mahdi, located in the El-Azbakeya district mere minutes away from Egypt’s Central Bank headquarters, lies the nostalgic sight of Latif Wassily’s bakery.

Rumored to have been founded in the late 19th century, Wassily is considered by Egyptians from varying social classes as a living remnant of “the good old days.”

In a bid to understand what brings them back, Egyptian Streets spoke with a few loyal customers.

Childhood Memories: Family, School, and Everything in between

Once near the brown-bricked wall of the well-beloved boulangerie, the sweet aroma of the freshly baked goods enraptures the senses. In the process, the bakery’s enthusiasts are swept back to their childhood, or what they call “a simpler time.”

Some customers initially frequented Wassily for its unparalleled variety of products — at least at the time. From the warm, mild taste of an Egyptian eish fino (Fino bread – a soft oval bun) and the crunchy sound of a bo’somat (breadsticks) to the buttery feel of their French croissants, biscuits, and cookies, it seemed to them as though there is nothing this cozy shop could not offer.

Maha Greiche, a longtime client of the bakery, says buying from Wassily is a practice her family initiated from before she could even remember. Back when she was younger, Greiche says that there were no other alternative “foreign bakeries”, at least as far as she knew. Only the traditional forn baladi (Egyptian bakery) was available, and it lacked the diverse options which the downtown patisserie consistently offered.

“Nothing else compared [to Wassily] in the past,” Greiche says. “We got used to getting their goods from when we were younger and we just never stopped. We got used to it because their [good] quality never changed.”

Grieche, who adores their grissini (Italian breadsticks), believes Wassily’s “heritage” plays a large role in maintaining its reputation, and thus its continued presence in an oversaturated industry.

“It’s been here longer than any other bakery. The idea that you’re buying from a reputable place that has history, that is older than you are, brings a lot of people here,” she elaborates.

Rawya Mohamed, 50, who was on her first visit to the store with her son, concurs with Grieche’s observation.

“This is my first time coming here, and it’s because [Latif Wassily] is a big name whose products are well-known,” she says. 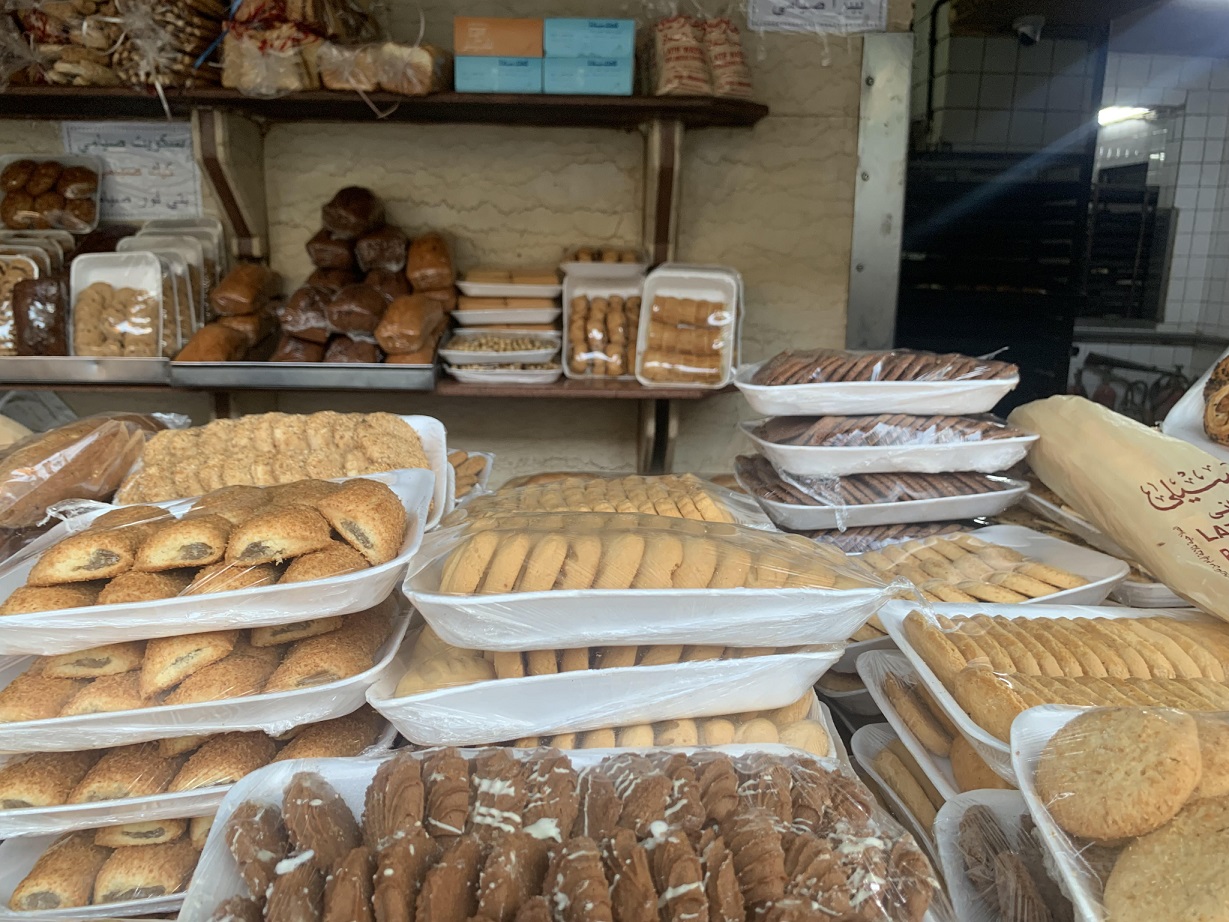 Although Shaimaa Salah Al Din, 43, agrees with both Grieche and Mohammed, her connection runs much deeper. It traces back specifically to her late father.

“Whenever I hear or read the name Latif Wassily, I smell the scent of the past and the beautiful memories of my childhood,” beams Salah Al Din.

Originally from downtown Cairo, Salah Al Din’s family were forced to relocate to Madinat alSolb, Helwan, where her father worked at the Egyptian Iron and Steel company.

Salah recounts the poor state of the industrial city, its scarce amount of resources and modest amount of shops. She describes it as “almost rural like.” As a result, the family suffered during those years, with their purchasing ability limited significantly and involuntarily.

Wassily, whose prices were reasonable and goods diverse, was a safe haven. Salah Al Din’s father, who traveled from their residence specifically for this variety, would return to his old neighborhood and bring back the delicious baked goods to his children.

“Latif Wassily had items we had never seen before: the long bo’somat, the buttery Kaiser rolls, and others,” she starts.

“Even the bags which had the name written in a perfectly stylized way made us feel safe,” she continues. “Again, the scent of their products had the ability to transport us back to our home, which was downtown. So to me, it isn’t just a bakery, it’s my family home, my grandma and grandpa’s.”

On the other hand, hundreds of former Ramses College for Girls (RCG) students share an intimate relationship with the bakery, which first started on the school’s playground. The bakery, only 20 minutes away, would often supply the school with goods for at least one half of the children’s obligatory lunch meals.

Up until the fourth grade, Nourhan Rasheed, 26, and her classmates had those meals before recess as was customary for RCG. Given the large size of her cohort, their classes were divided into two sections each day: one which would have access to the dining room’s hot meals and another which would receive sandwiches or pastries from Latif Wassily.

“We had a huge yellow bag with Wassily’s logo on it and all the baked goods were brought from there,” Rasheed explains. “The name [therefore] brings back all my childhood memories in school, especially which were the best days of my life.”

The question begs itself: how does Latif Wassily sustain its longevity today? In Cairo alone, bakeries seem everywhere, whether they are local ones or franchises of an international brand. Additionally, the “exclusivity” of efrangy (foreign) goods is not there anymore.

To answer, our interviewees largely refer back to reasons encapsulated in Wassily’s esteemed reputation and its extended history.

An establishment as highly regarded as Wassily is bound to survive the turbulence of change. Its continuity and expansion, through supplying hotels, schools, and outlets, for the past 50 years alone is proof enough of that.

However, is wistful remembrance and a stronghold reputation enough to depend on, let alone sustain this bakery’s lifespan? Greiche and Mohamed believe so, but Salah Al Din disagrees.

“[Latif Wassily] is only living off of people’s memories. There are numerous bakeries like it, a fair few could even be better,” she expresses.

Egyptian Streets attempted to reach out to the owning family of Latif Wassily to comment on the secret to their longevity but they could not be reached for comment. Regardless of the reasons, those who hold the charming, old fashioned bakery in their hearts, minds, and stomachs will continue to express their love for it for years to come.

The post Latif Wassily: How Memories Kept This Bakery Alive for Over A Century first appeared on Egyptian Streets.

We must ruthlessly dismantle terror networks in the horn of Africa...