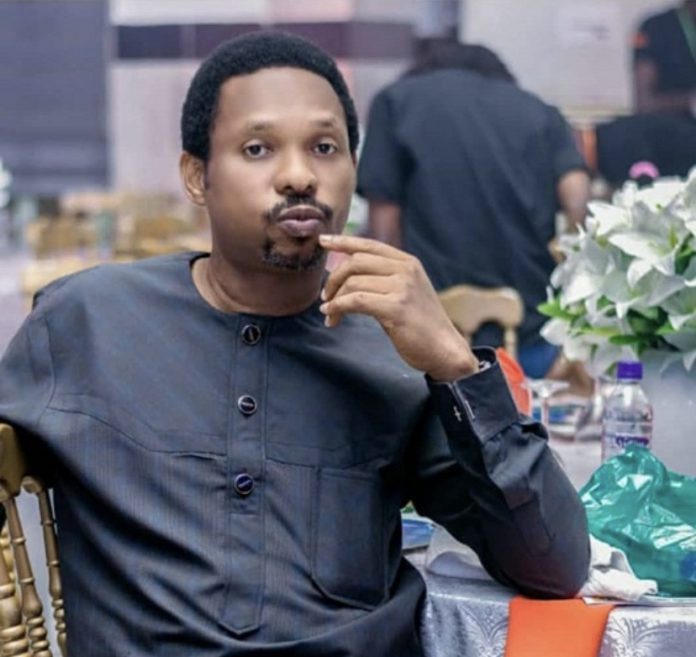 Nigerian singer, Alariwo of Africa has disclosed on the reason behind his long break from the music scene.

In an interview with a TV station, he said he’s an inborn musician who started way back contrary to people’s views that he does music simply as a hobby.

In his words, he said, “I’ve always been a musician. People are always asking that question. But as a broadcaster, music to people, they feel like it’s a hobby for me.

“But music is inborn, you know. I started way back. I was a DJ, from a DJ to a radio presenter.

“Back to the studio with “Yawa Go Gas”, “Boju Boju Friends” and then I decided to just….What do they call it? Chill!”

Alariwo explained he needed to get involved in other ventures since he isn’t getting any younger.

He listed them and added he now enjoys profit from them.

He said: “And ehn, not getting younger. So, I have to do other things.

“I run a PR firm. I run a consultancy firm. I own a studio, a visual and audio studio.

“So, some little coins are coming from different angels and we’re watching the industry.”

On his current musical project, he said: “I’m in my studio working on some new stuff. I have a single titled “Dem No Fit”. The song has a feel of….should I call it Rock N Roll?! But it’s still afrobeat not afrobeats. Real afrobeat, you know.

“People have always known that Alariwo, was or is the only or the first artist to play the real afrobeat with the hip hop fusion.

“And I’m doing that once again with this song titled “Dem No Fit”.

“And this song is going to be really really interesting. And if I have the opportunity of doing a remix, I’ll have to involve a couple of people of this generation.”

In 2019, the 52-year-old “Cross Over King” had said he decided to take a break from music to focus on other things.

The afrobeat singer said this in response to enquiries from music fans regarding his career.

He admitted that music was no longer his top priority and he was not in a hurry to get back to the recording studio.

“I want to wait for the right time to do so. Directives come from the inner mind. When my inner mind directs me to return to the studio, I won’t hesitate to do so,” he said.