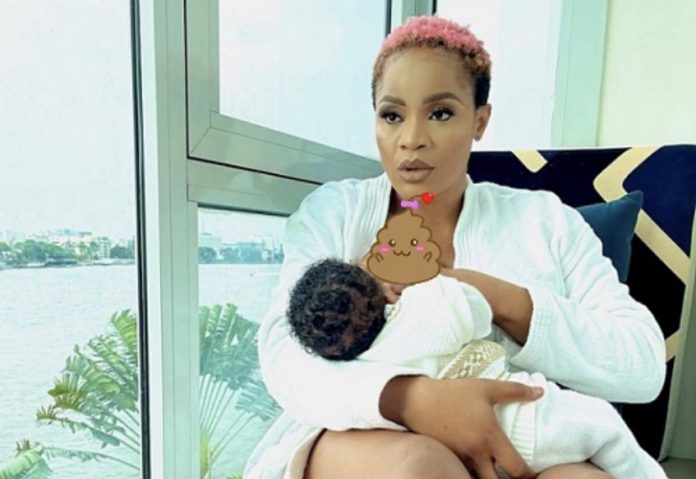 The film star, who a couple of months ago received her second child with her baby daddy, Bobby Maris, emphatically noted that women should stop breastfeeding men but focus on their babies instead.

Ogbodo providing explanations for her advice, stated newborns desire breastfeeding to support the formation of their senses but it’s not the same for a full grown male.

She noted this is so because the man has grown beyond coaching his senses and the idea of breastfeeding him will be a whole destruction.

She wrote; “Breastfeed Your Babies Not Men. Babies need sense, but Man wey no get sense no get sense. Breast no go fix am.

“Bonding Time with My Bunny.”

Agribusiness has not been given necessary attention in Ghana – Senyo...

Rachel Oniga to be buried August 27, family says as burial...