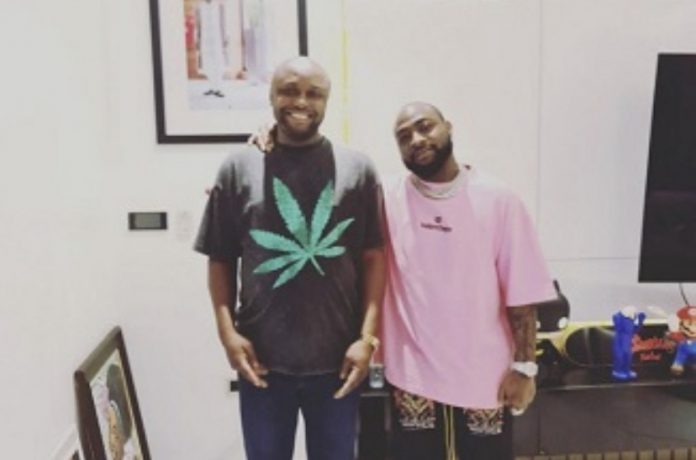 There were statements the DMW boss sacked Israel after he took to social media to drag the FBI following the order to arrest suspended Deputy Commissioner of Police, Abba Kyari for his alleged interest with the popular fraudster, Hushpuppi.

Israel DMW pleaded with Nigerians to beg his boss following announcements he has been sacked. Activist Deji Adeyanju had promised to spearhead a protest should Davido fire him.

However recent posts of the personal aide to “E choke” progenitor demonstrated he may have been pardoned and taken back by his boss.

Taking up with this his Instagram page, Israel DMW shared a photo of himself and Head as they stood side by side with Davido’s hand on his shoulder with him blazing a big smile.

Israel also shared via his Instagram stories photos of his boss’ lawyer, Prince as he acknowledged him for the great role he played in mediating them.

He posted images of the gang, including Davido, playing a video game in his house at Banana Island.

BBN: I have no problem sharing my girl with another man,...