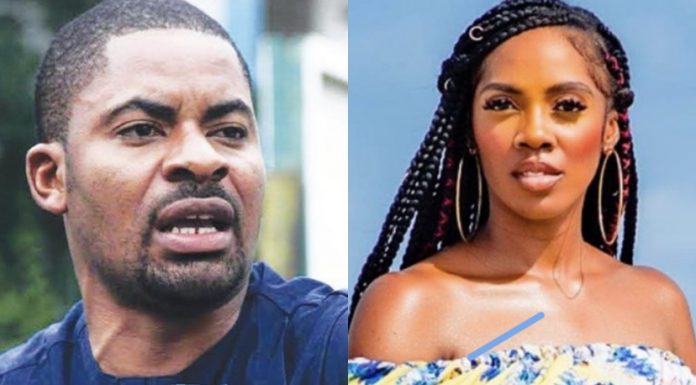 Nigerian activist, Deji Adeyanju, has criticised Tiwa Savage over her alleged sex tape, which was circulated online and has since gone viral.

Recall that Tiwa Savage had earlier mentioned that someone was blackmailing her with a sex tape with her current boyfriend.

The short video, however, leaked online days ago and has since generated reactions from fans who encouraged her to stay strong to those who blasted her.

Adeyanju on his Twitter page said there is nothing to stand by Tiwa Savage, adding that she should face the consequences of her actions

According to him, Tiwa Savage is misleading the younger generation.

His tweets read: “There is nothing to stand by Tiwa Savage for. Let people face the consequences of their actions. Stop misleading the younger generation.

“Next time if you want to record a sex tape, make sure your partner’s face also shows. Stop acting the fool always.