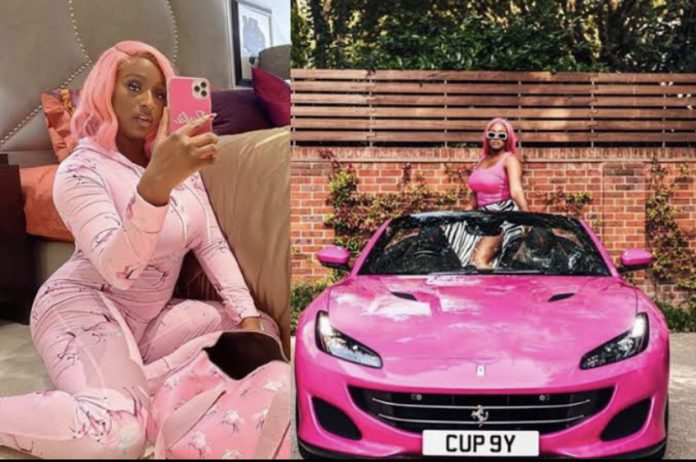 Well known DJ, Florence Otedola aka ‘Cuppy’ has disclosed some realities about her life.

In a chat with Patricia Bright, a British YouTuber, the billionaire heiress in a ‘real talk alert’ about some truths behind her life and career said the press always presented her under her father’s shadow and people booked her for events only with the hope that he will show up.

Cuppy disclosed she was always faced with the constant feeling of being unnoticed as an entity.

“The press was presenting me as Cuppy….Femi Otedola’s daughter.

“People were booking me to DJ so hopefully, my dad will show. Literarily, you constantly feel like you’re in the shadow of someone.”

Speaking on building a legacy that will equal her father’s, she said: “Am I going build a legacy that is as great as my dad’s or will I forever be under his shadow. I don’t know, we will find out.”

When asked if coming from a background of money brings about her happiness and also defines her identity, she replied; “I will say no. But then it is nicer and easier to cry in a Ferrari than it is on a bicycle, in the cold.”

Bella Shmurda sponsors a boy who performed his song