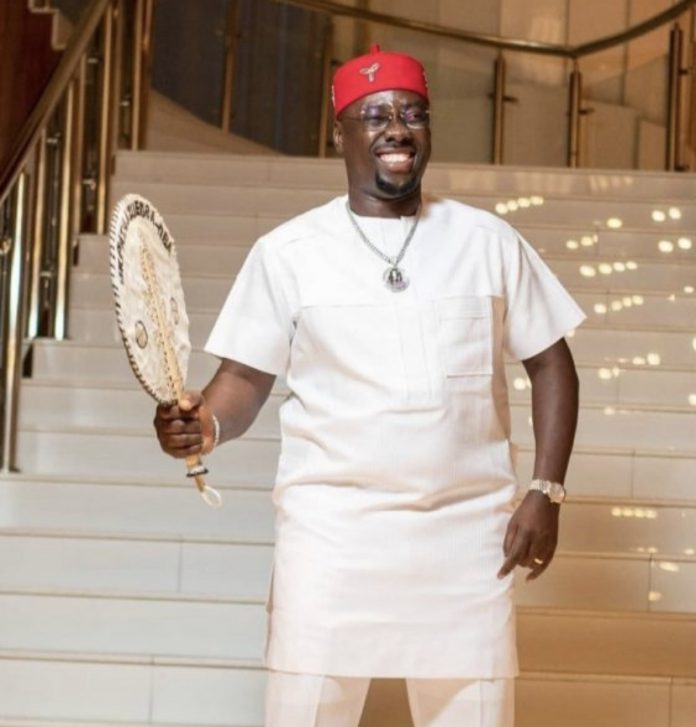 The overnight stay of Obi Cubana at the Economic and Financial Crimes Commission (EFCC) means the agency has a serious case against him.

There are indications that the socialite has been released as he posted on his Instagram handle 4pm on Tuesday.

“I love you all, Unbroken”, the caption read.

A security source told press that spending the night in EFCC custody was an indication that Obi Cubana was throughly grilled.

“They have a serious case against him. Definitely. Many people have been there and left the same day.

“What I can say is: If you go to the EFCC and spend the night, they have a serious case against you”, he said.

Real name, Obinna Iyiegbu, the entrepreneur is being probed for alleged money laundering and tax fraud.

Anambra-born Obi Cubana arrived at the EFCC headquarters in Jabi, Abuja, around noon on Monday.

EFCC Head of Media, Wilson Uwujaren, did not take respond to calls or reply text enquiry.

It was gathered that investigators asked Obi Cubana to provide two sureties who must be Federal Directors before he’ll be released. He was said to have fulfilled the condition.

The businessman’s popularity doubled after the July burial of his mother in Afor Uzo. It is suspected that the EFCC paid more attention to him after the high-octane event.

Lukaku Out of Leicester vs Chelsea Game