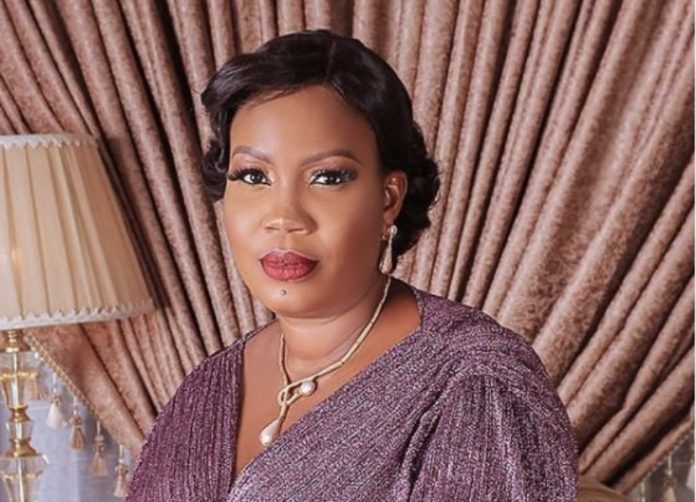 Biodun Stephen, a Nigerian filmmaker, has explained how operatives of the Economic and Financial Crimes Commission (EFCC) allegedly broke into her hotel room in the middle of the night.

In a lengthy Instagram post she posted, the movie producer said the incident happened recently while she was filming a project.

Biodun explained that on the said night, she was sleeping when she suddenly jumped up around 3 am after sensing some people moving around the door of her hotel apartment.

“That is how I slept in a hotel whilst filming last week. Next thing, I open my eyes at a little past 3 am. What did I see? Two men dressed in black with weapons. I thought I was dreaming. Then I heard the door to my room close,”

“I sprang up and without thinking shouted: ‘stay right there!!! Who are you!!! They replied: ‘We are EFCC’. My head sparked. Are you kidding me? You enter into my room unannounced?? EFCC: Madam, we knocked but no response. You decided to enter my room?? You should have kept knocking.

“I was sleeping like every normal person would. One just opened his mouth and said: “Where is the man of the room. I was confused at first. The who? He replied: ‘your partner.’

“Anger well up inside me…Is this one roving mad man? His partner realised his folly because he quickly apologised. ‘You are not the one we are looking for.’”

“I watched as they interviewed guests rudely and arrested a few. They knew the people they were after. I lost sleep afterwards. Then I heard, this is the new thing with EFCC,” she added.

“They burst into hotel rooms in the middle of the night. Not caring who you are, in what state you are. I mean, the hotel is a really decent one so I couldn’t understand how this could happen. They alleged that the EFCC barrages their way in…A mess I tell you.”

Meanwhile, Wilson Uwujaren, the anti-graft agency’s spokesman, denied the allegation, saying there was “no break in, no molestation and no violence of any kind during the operation” by EFCC’s operatives at Parkitonian Hotel in Lagos — the venue of the incident.

Pero reacts to being referred to as 2face’s first wife