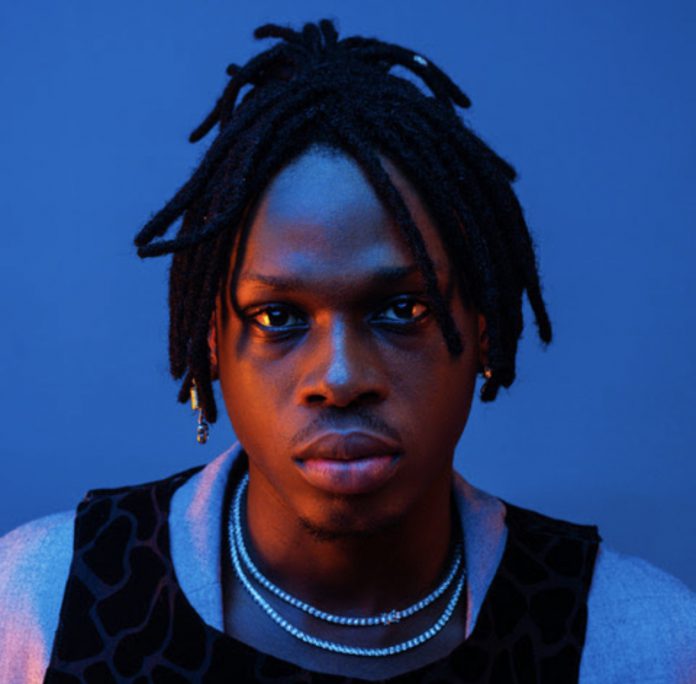 YBNL artiste, Fireboy DML has reflected deep gratitude to his boss, Olamide for being an exceptional human.

In his recent post, he said he is forever grateful to Olamide because, he is a nice person.

Fireboy DML went on to describe his boss, the as the “GOAT” (Greatest of All Time).

He wrote: “Forever grateful to Baddo for being such a good human being. Da GOAT 4L.”

On Tuesday, July 28, 2021, Olamide and his protégé spoke with OkayAfrica’s Nadia Neophytou in an interview hours after they arrived in New York on their promo tour.

The YBNL boss had told ‘OkayAfrica’ that he was done with signing artists until he met his current protege, Fireboy DML.

Olamide also said that not many young artists currently can compare with the kind of music Fireboy DML makes.

Olamide, when asked why he not only decided to sign Fireboy DML but also made him his mentee.

He replied; “It’s the sound. Till today, for me, it’s still the same. There are so many young artists out there but they’re nothing compared to the kind of music Fireboy makes. It’s just way beyond his age.

“I think Fireboy is 57 years old [Fireboy laughs out loud]. He writes like an old man. He’s one of those few people that I learn from sometimes. Like, ‘what does this dude think about when he’s writing?’

Fireboy DML recalled the first time he met Olamide and remarked that the rapper was indeed a man of few words. He also revealed that they started recording the very day they met.

When asked if he remembered the first time he met with his mentor and boss, Fireboy said: “I remember because that was a big moment for me. I met him for the first time in person at a hotel in Lekki.

“We exchanged a few words; he’s a man of few words. But I think we started recording that same day, working on the album.”

Adekunle Gold speaks on the release of his 4th album

Omawuni explains reason behind why she cut her hair low