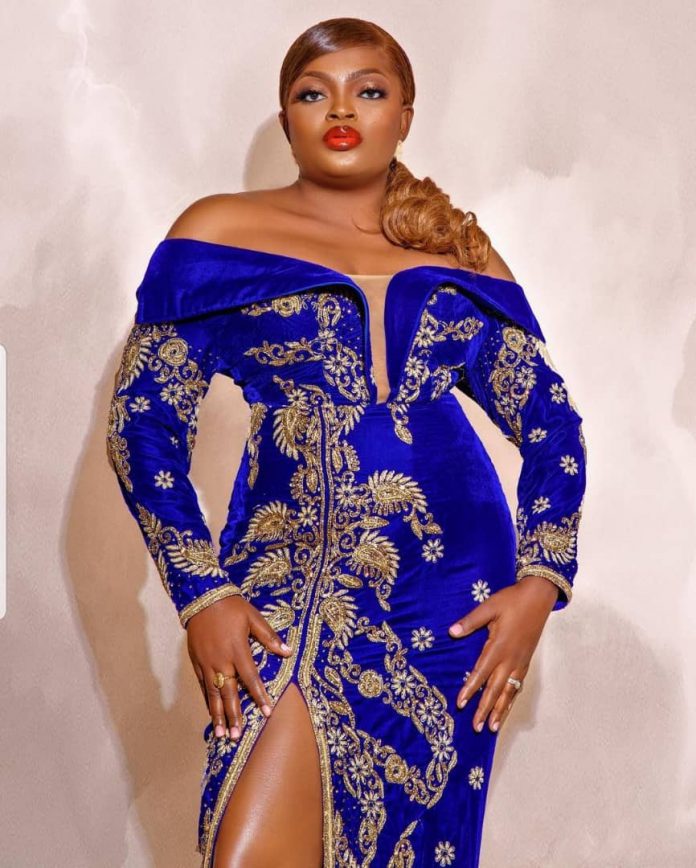 Popular filmmaker and actress, Funke Akindele has opened up on how her previous marriage crashed, saying while she cried for days after the break up, she never allowed the incident keep sad for long.

She recounted how she was able to cope with the trauma that came after her failed marriage to Kehinde Almaroof Oloyede, her ex-husband.

Akindele who after crashed union later get married to singer and music producer,  JJC Skillz disclosed that many people rush into marriages due to pressure from the public, adding that those who always crave destination wedding always live to regret their action.

The Omo Ghetto and Jenifer’s Diary producer while speaking in a chat with Chude on his interview series, said revealed that she was sad that her first marriage didn’t work out as she has always wanted to settle down and have a beautiful home with her husband.

You know, I just wanted to get married. I want to do things right, have children and all that. And I went into the (first) marriage, it didn’t work fine. And it ended in a very bad way, in social media, the noise was everywhere. I was actually filming and somebody called me and told me, I wanted to die,” she said.

While her marriage to JJC, which clocked give years two days ago has been every shade of love and affection between both parties, Akindele encouraged young ladies not to allow pressure push them into marriage, adding that “there will always be pressure to get married but they should never be in a hurry to get married. “

“When my first marriage crashed I wanted to die because I was on set and somebody called me and told me. I cried. I lost some good deals then but I didn’t let it break me.

She added that rather than allow the break up break her, she channelled her energy to work as she was moving from one movie set to another just to focus on job and forget about losing her marriage.

“You know I cried, lost some good deals then. But I didn’t let it break me. What I did was that I collected all the scripts from the east. I would wake up by 3:30 am, and by 5 am, I’m out to the airport, waiting for the 7:30 am flight to Enugu. That was how I survived.”

Adekunle Gold, Simi shower blessings on daughter as she clocks one