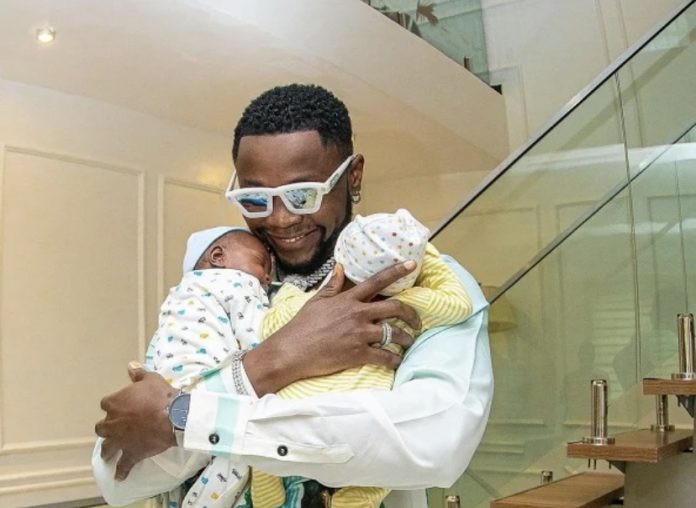 Nigerian singer, Oluwatobiloba Anidugbe known as Kizz Daniel, has offered each of his twin babies a luxury penthouse

He announced this via his Instagram post on yesterday with a couple of pictures of his twin babies, Jelani and Jalil and the documents signed in their names.

According to the signed documents, the penthouse, acquired on June 10, is located at Woodland Estate, Lekki, Lagos state.

In the caption of the post, Kizz Daniel also flashback how he lost one of his triplets, Jamal — four days after birth.

He however promised to be the “best father” to the twin boys in commiseration to Jamal’s death.

“God blessed me with 3 boys a while back, JAMAL, JALIL and JELANI (triplets). 4 days after I lost JAMAL,” he wrote.

“Nevertheless, I made a promise to him that I’ll be the best father in the whole galaxy to his brothers….. Congrats to the latest Homeowners in town, Jelani and Jalil, My first gift to my sons.”

“There is no better way to celebrate my birthday, than announcing the arrival of my sons… Jamil & Jalil,”