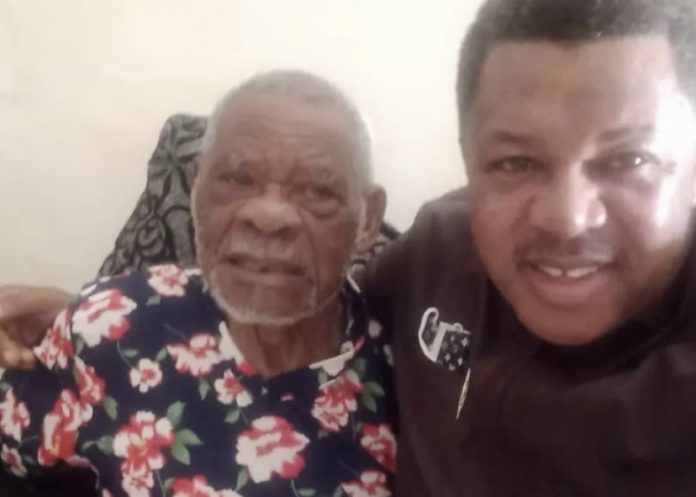 Ten months after his mother’s death, Nollywood actor Francis Duru has announced the death of his father.

The entertainer took to his Instagram page to share the last picture he took with his father.

In an expressive tribute, Duru wrote about his father while recalling that his mother ‘just left’.

“My last pix with you..dad..memories of yesterday.. defined my essence…built my being…took the tough and the rough to put me on the turf…of life..I salute you dad…as you took your last bow and transited to glory…you broke my heart this morning when you refused to wake..mum just left..you too ..hmm…so heavy…so painful…thank you..thank you…thank you dad for all..thank you..Will miss you…”

Recall that in November 2020, the actor announced the news of his mother’s passing on Instagram.

Duru’s mother died at the age of 76. However, the actor did not disclose his father’s age while declaring openly his death.