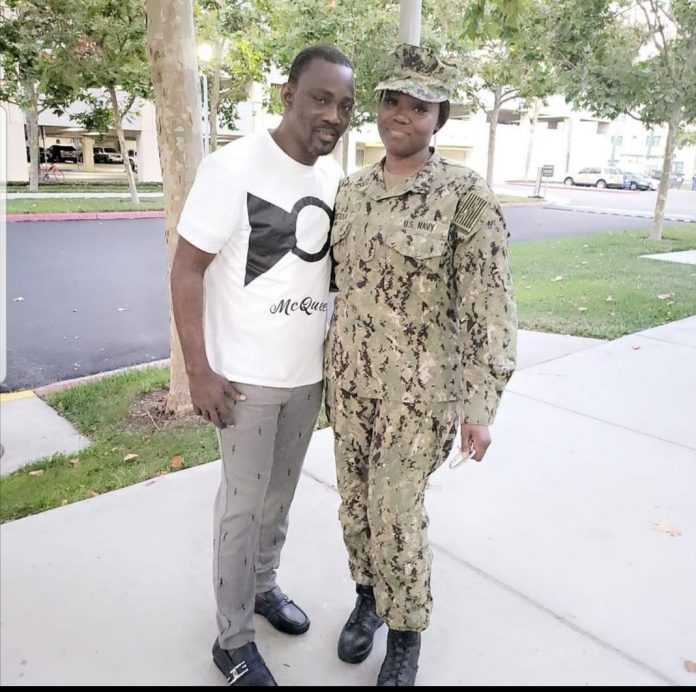 The dream of every parent is to see their children succeed and being  honoured to their name by achieving feats worth of making them proud.

Such is the case of popular Fuji music Singer, Wasiu Alabi Pasuma as  he paid a courtesy visit to his daughter who is a Naval officer in  California.

The proud father who to the surprise of many of his fans has a grown  up daughter, Khadijat Opeyemi Odetola, visited  her on Wednesday  at  the Naval base in California and was accompanied by her mother among  others.

Pasuma has always been proud to associate with his beloved daughter  whose career path is sharp contrast to his father’s music calling.

The singer  who could not contain his joy took to his official  Instagram page to share the pictures of his visit  with the caption;

“A courtesy visit to my daughter (Khadijat Opeyemi Odetola) at her  Naval base in California with her mum.”

Nigerian celebrities contributes to Davido after call for donations