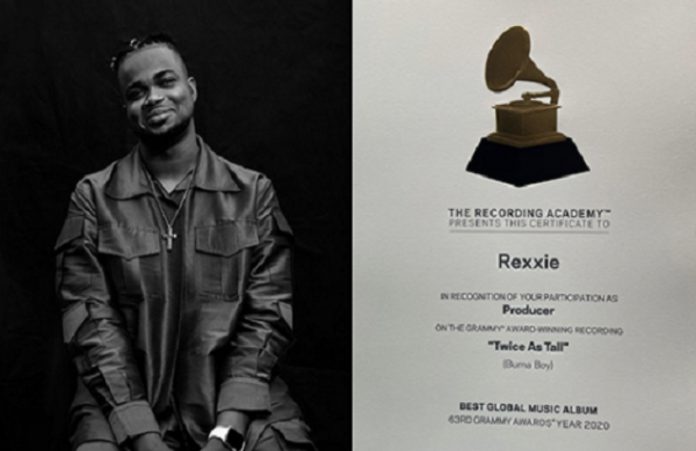 Music producer, Rexxie has been recognized by the Grammys.

The music producer revealed he previously took ownership of a Grammy certificate for his participation in the production of Burna Boy’s Grammy-winning album, “Twice as Tall” which won in the category of “Best Global Music Album” in the 63rd Grammy Awards, 2020.

Rexxie, who is popular for creating the “Zanku” sound is credited for two tracks on the ‘Twice as Tall’ album, “Comma” and “Bebo.”

Declaring the news of appearance of his Grammy Certificate via his Instagram, Rexxie posted a photo of it and later a video of him displaying the certificate.

He wrote on the video: “Congrats Grammy boy! @rexxiepondabeat #WorldProducer.”

Sexual assault: Child lovers are to be castrated – BBN star,...