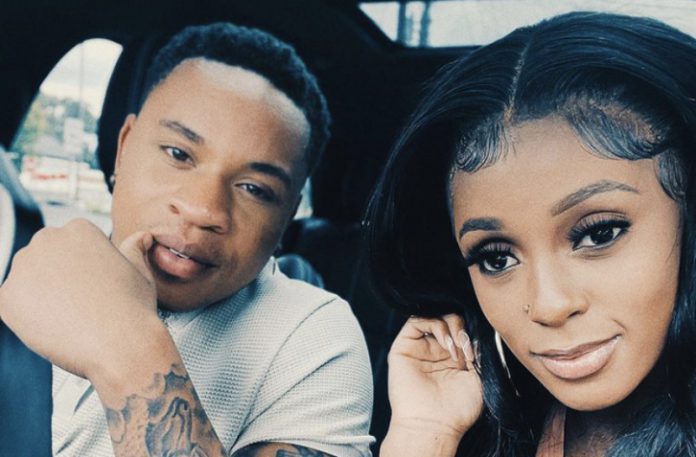 Mdee took to her Instagram page on Wednesday to share a picture of two adult fingers holding a baby finger.

She titled the picture with the baby’s name, “Adeoluwa Akinosho”.

Before this month, Rotimi had disclosed the gender of the baby as Mdee also announced her pregnancy on Instagram.

In an exclusive interview with People, Mdee indicated that the journey has been a smooth one so far with small challenges as the pregnancy nears its final weeks.

She said: “He’s been so good to us. No real pain or symptoms. Some funny cravings and food aversions here and there. It’s been much harder in these final weeks because he’s preparing his arrival, but all in all, we’ve been super blessed.”

Vanessa and Rotimi are 32 and 33 respectively; initially met in New Orleans at an Essence Festival after-party.

They took their friendship further when Rotimi proposed to Mdee on the 30th of December last year.

I started sharing raunchy pictures since I was diagnosed with bipolar...

I crashed my bike for first time in 45 years- Charly...