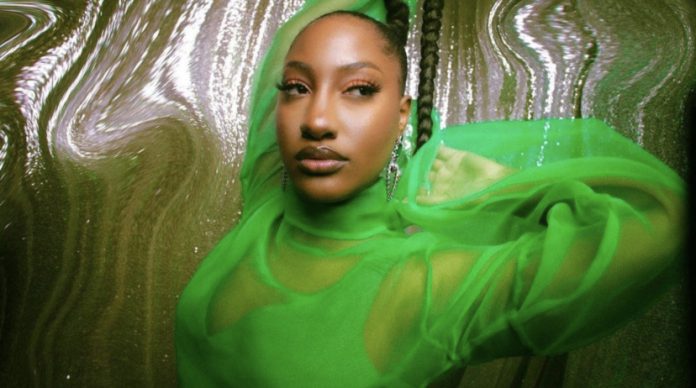 On August 31, 2021, Nigerian singer and the magical voice on ‘Essence,’ Tems got on a viral video, as she was named BET’s Amplified Artist of The Month of August 2021.

During the conversation, she was asked about her inspirations in music and she said, “Wizkid is definitely one of the people I respect that does music. I have lots of love for Adele.”

While she says that she has no dream collaborations at the moment, she is most proud of taking the leap into making music. During her 2020 chat with Pulse, she explained how she got into music.

Tems also defers to God for all her successes, not her talent. Her biggest goal is to tour at least 10 different countries. Before the end of the chat, she also revealed that she is set to release music later in the year. 2020, Tems released her debut EP For Broken Ears. But she has since gone international with the mega success of ‘Essence’ by Wizkid.

WE SAT DOWN WITH @TEMSBABY TO DISCUSS HER JOURNEY AS AN ARTIST. #BETAMPLIFIED KEEPS YOU UPDATED ON THE NEXT BIG THING IN MUSIC! 🔥

You will fail in your mission to destroy me, Ini Edo...