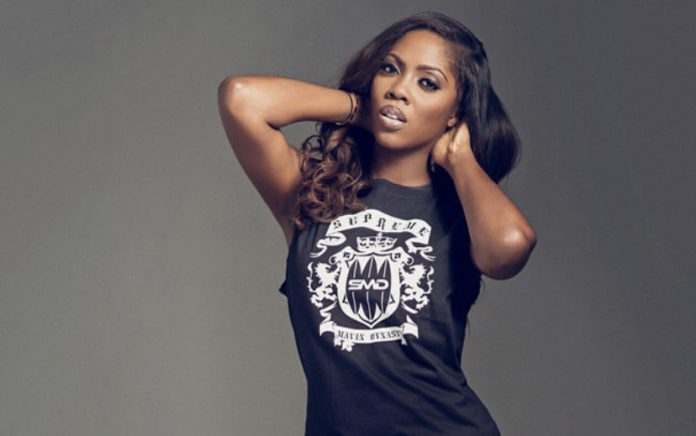 Contemporary singer, Tiwa Savage, who has just released an Extended Play album labeled, ‘Water and Garri’ has noted that though she’s been heartbroken, she still believes in love.

Talking on the Zane Lowe Show on Apple Music, she pointed out that one of the songs on the album, Tales by Moonlight, was motivated by a kid’s show she used to celebrate as a child.

She said, “When I heard the instrumental, it felt soft and light, and had an old school vibe. So, I wanted a record that felt good. However, it is a love song. Tales by Moonlight was a popular programme when I was growing up in Nigeria. (In it, the anchor would tell stories to children). It’s basically about me saying I want a fairy tale type of love. I don’t want to lose hope in finding real love. I still believe in that. No matter how many times I’ve been heartbroken, I am still a sucker for love. I still believe there’s that fairy-tale Cinderella ending.”

She also asserted that American RnB singer, Brandy, was the motive she became a musician.

“Brandy is literally the reason I started singing. She is my all-time favourite, mentor and everything. I’ve been trying to work with her for years. It was a dream of mine. When it happened, it went beyond music. We connected like sisters. I speak to her every other day.“

“There is a song on the album titled, ‘Work Fada’. On it, I featured Rich King and Nas. I have never created music like this. “Everybody that was involved (in making the album) from Rodney Jerkins to Brandy, TY Dolla Sign and Nas were incredible. When I played the record for Pharrell (American singer and producer), he was blown away. He was quiet for a few seconds.

“Some people asked me if I was sure I wanted to release another project. We are not sure about touring yet. For me, it’s not really about that. It’s about putting music out and making sure that people’s souls are fed. That is the only way I contribute to what’s going on around the world.”

“I need a wife” – Iyanya confesses

M.I cries over the condition of Nigerian Police stations