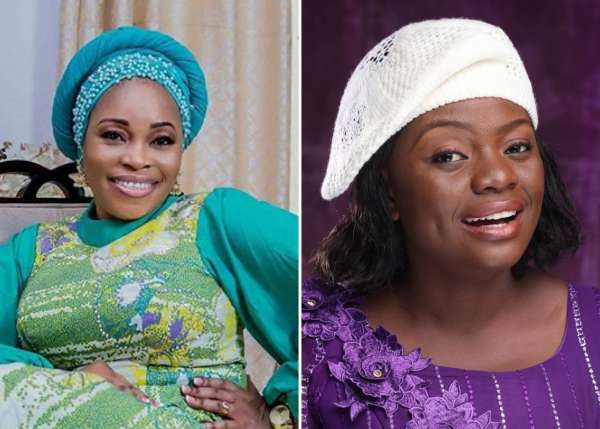 Alabi, while ministering at a vigil in the early hours of June 12, was seen in a viral video criticising the term Alaseyori, used in hailing God in her song.

Alaseyori referred to God as “Oniduromi Mi e seun o’ which means “my guarantor I am grateful” in English.

Alabi, however, found fault with this and publicly criticised the song and the singer, saying that the Holy Spirit did not approve of the term “Oniduro” being used to describe God.

She explained that when she tried singing the song, the Holy Spirit cautioned her.

Meanwhile, Alabi’s public criticism of Alaseyori’s song raised some eyebrows with a lot of viewers stating that she could have called the singer privately or could have handled the situation better.

Some accused her of envy, others claimed that she doesn’t want to see another singer rise above her.

@Adunni Onigege Ara, “She is not jealous but envious. People who do not want others to shine.

“No matter how rich or successful they are, they don’t want to see anyone no matter how little be relevant.

@Jayesimi Kehinde, “She is jealous.

“She is the type that will grow and not want others to grow.”

@Oladeinde Samuel, “This is what happens when gospel singers just claim to have inspiration and sing songs that sound holy but not grounded in the scripture.

“If Tope Alabi reads her Bible, she will know that the book of Ephesians categorically says that we have been given the Holyspirit as the guarantee of our inheritance.”

Reacting to Alabi’s criticism of her song, Alaseyori released a video of herself worshipping God with a caption admonishing her followers to go to church with an intention today.

“No weapon fashion against me shall prosper” – Peruzzi replies lady...