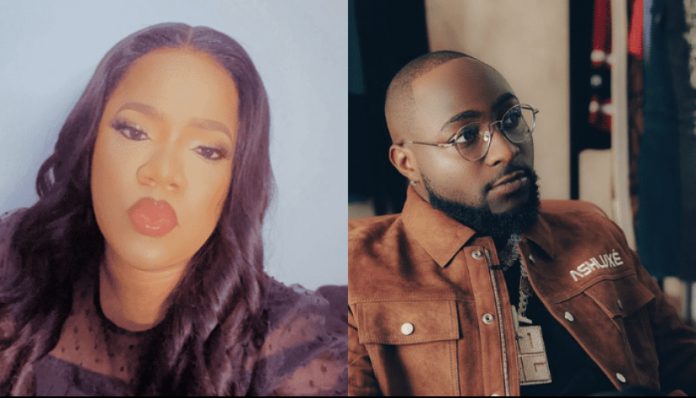 Nollywood star, Toyin Abraham, indicated that award-winning singer, Davido, helped her when she was at the scratch by being there for her when she needed him.

The film maker took to her Instagram page yesterday to share how Davido helped people at the grassroots, despite the fact that he was a multinational star.

Evidently, some fans assaulted her for her post and as a result, she posted a new one to tell them about her friendship with the music star.

The actress said, “These people don’t know that David @davido was there for me when I needed him.

“He didn’t think of me as being grassroot when he decided to help me, and now the world needs to know that one good turn deserves another.

“He’s international now but still relates with the grassroots, and this would continue to pave way for him because we recognize real people and David is one.

“All these people attacking are just not intelligent people because almost every artist in Nigeria started off as a grassroot.

“Let David continue to be the supporter that he is and this is only just the beginning of his greatness, and he should also know that I love him so much.”

Rihanna and ASAP seen together on a dinner date