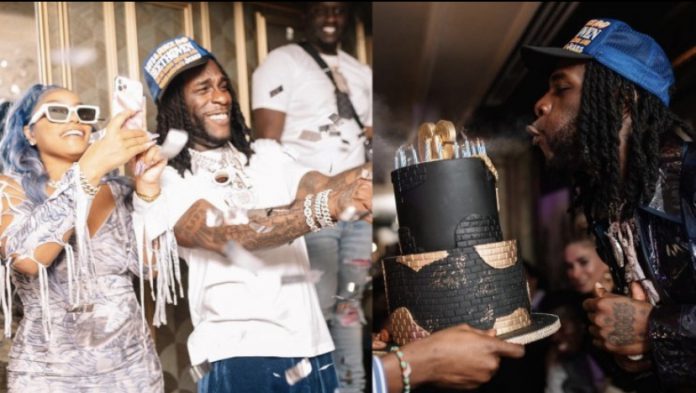 A Twitter user has gone public with an accusation that Nigerian afrobeat singer and Grammy award winner, Burna Boy, is refusing to pay his debt.

The Twitter user identified as @KacksMastermind said every efforts to retrieve the N1.2M from Burna Boy since April 2021 has proven futile.

He claimed the money was given to the ‘African giant’ at a friend’s birthday party and that Burna Boy got 500 naira mints from him to the tune of N1M which he sprayed at a popular lounge.

He said Burna Boy’s Personal Assistant was per the agreement, supposed to make the payment to him but that, he claimed, has not happen since April.

I am not ready for marriage yet, says Whitemoney

At 60, I have fulfilled my desire to wear earrings- RMD