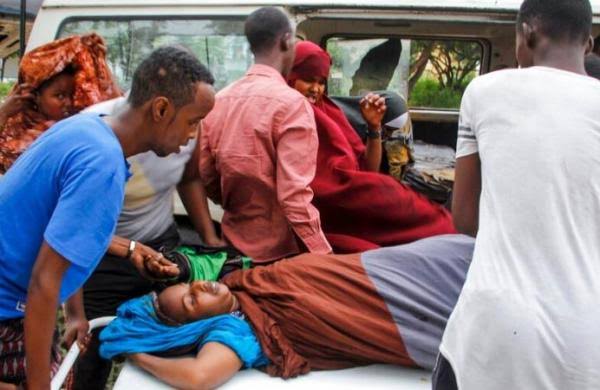 Not less than ten civilians and one police officer have been killed in a gun and bomb attack by Al-Shabaab terrorists on an upscale beachfront hotel in Somalia’s capital on Sunday, an official told AFP.

It was not clear how Somali security forces managed to end the siege on the hotel and kill the assailants, who at one point were said to have taken hostages.
Earlier on Sunday, while the siege was still ongoing, a security source told AFP on condition of anonymity that one of the assailants had died in the car bomb explosion that kicked off the attack and two others had died in a shootout.

Ambulance workers at the scene reported that at least 28 people were wounded.