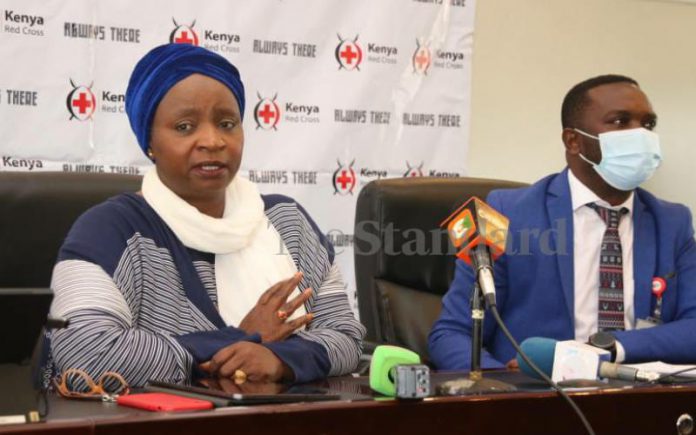 Over two million Kenyans are facing starvation as a result of a drought that is currently ravaging 12 arid and semi-arid counties.

“Some 2.1 million people in 12 counties face severe food shortages following prolonged drought stretching back to the October, November and December 2020 rainy season and poor rains of March April, May 2021. The numbers are expected to increase unless urgent interventions are implemented, the situation will get out of hand,” said Elijah Muli, Head of Disaster Management.

These counties, according to the humanitarian organisation, have had no significant harvest and most water points such as boreholes, wells and water pans have dried.

Meanwhile the Kenya Red Cross with supporting efforts by the national and county governments to distribute food in these areas.

“Food distribution is going on in Marsabit and Mandera. However, these efforts need to be stepped up to reduce the suffering of the affected communities, especially women, girls and children under five. Also needed is the supply of fresh drinking water for domestic use and for livestock,” added Muli.

According to the Secretary-General Asha Mohamed, priority also should be on water provision.

“Rehabilitation of water systems that were broken down by floods in the past can bring quick turnaround for livestock and human being benefit to avert the situation,” said Dr Mohamed.

The Covid-19 pandemic, she said, has also affected drought response activities because certain interventions now cannot be carried out due to Ministry of Health protocols.

“What I have seen in Wajir is that people were overcrowding at few available water sources hence no social distance. And due to lack of water, handwashing is also affected,” she stated.