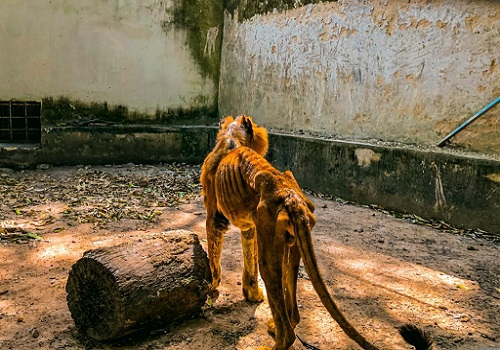 Over 250 animals valued at over N38 million have died of starvation at the Imo State Zoological Garden and Wildlife Park.

Sources close to the garden revealed that the surviving animals are near death due to hunger.

It was gathered that it costs more than N1.2 million to feed the about 500 animals in a month with some government subvention which is longer forthcoming. This is now threatening the extinction of the Zoological Garden established in 1976.

A foreign tourist, Michael Benbruse who spoke to The Nation, expressed disappointment over the poor state of the animals in the Zoo.

“I’m a Russian citizen and an international tourist. I visited Imo Zoo today to see for myself how the animals are faring. But I must tell you that I’m emotionally traumatised with what I saw in the zoological garden.

“What I see here is a near-death condition of the lions and other animals which are not catered for,” Benbruse said.

Efforts to reach the General Manager of the Zoological Garden, Francis Abisoye did not yield results.

Meanwhile, the Commissioner for Tourism, Uche Ohia said the government has been facing a few challenges there, particularly the road linking the city to the zoo, which has been destroyed by an ecological problem.

“The state government has prioritised staff salaries and emoluments before the ecological disaster happened and we are trying to see where to squeeze some funds to ensure we sustain the animals before the road project is completed.

“When the animals are not well fed, they lose weight, it is not that they are not fed, but they are not fed as they used to be. We were stable before the ecological challenge and the animal population was well over 500 but now we have lost some,” Ohia said.

Speaking about subvention, “We want to see how we can make parastatals, agencies depending on government subventions to generate revenues to sustain themselves instead of becoming a burden. Tourism facilities must find a way to be self-sustaining. So, we are gradually driving towards that path,” Ohia added.