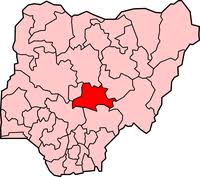 Thirty persons have been abducted with two vigilante members killed in Nasarawa Local Area, Nasarawa on Wednesday by armed bandits numbering about 50.

The Chairman of the LGA, Alhaji Muhammad Otto, confirmed this to press men saying, “the armed bandits killed two members of the Vigilante Group of Nigeria (VGN) near Onda Hill.

“The vigilantes were ambushed when they went after the bandits as they attempted to rescue the abducted people.

“Their corpses were brought to Nasarawa from the area for burial.”

Some sources reported in the media noted that the gunmen numbering about 50 blocked the Udege/Loko road for hours on Monday.

Fifty of the bandits rode on 25 motorcycles and kidnapped the people on Monday night.

The Police Public Relations Officer (PPRO) in the state, ASP Nansel Ramhan, did not reply calls and text message sent to him.

Woman to be Detained for 14 Days after her Lover Died...

Group charges South-East Governors on pragmatic solution to insecurity in the...