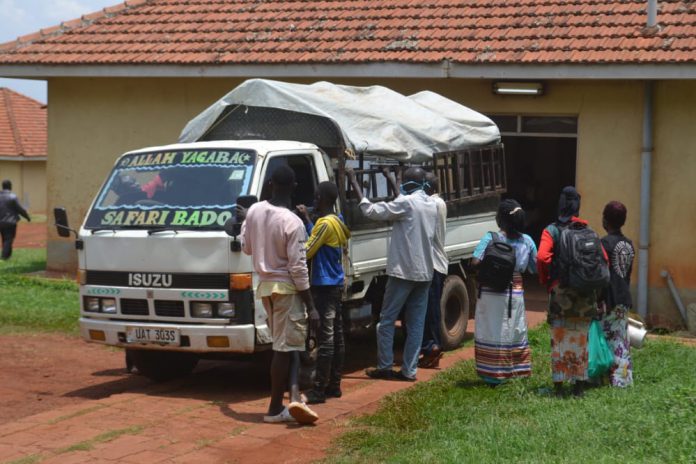 A 41-year-old woman has been reportedly gang-raped, which resulted into her death.

Meanwhile Police in Jinja City have arrested 22 suspects in Walukuba and Masese among other areas.
The incident happened on Monday night at Kikubambata, also known as ‘Peru’ in Walukuba-Masese Ward, Jinja South East Division.

Michael Opio, a neighbour to the deceased, on Tuesday said prior to the crime, the victim was in the company of men and boys in a local bar.

“We cannot blame her but the local leaders in the area who have failed to regulate some of the President’s directives, including operating bars,” Mr Opio said.

He challenged the authorities to swing into action by closing all illegally- operating bars which he said house drug dealers and gamblers who break into people’s houses.

In retaliation, residents on Tuesday morning torched the house of one of their own who reportedly offered a room to the suspects that used to rape their victim, after which they fled the scene.

Mr James Mubi, the Kiira regional police spokesperson, identified the victim as Susan Malemu, whose body was taken to Jinja Regional Referral Hospital for an autopsy.

He, however, stated that out of the 22 suspects in custody, only two were linked to the crime.

“Twenty are going to be charged with the possession of illicit drugs, while two will face murder and rape charges.

“This operation was carried out through community policing following concerns of an increase in crimes like house break-ins, rape and snatching of women’s bags among others,” he explained.

The business of Interior Designs, Decor, as well as Coordination is...

”I don’t want to die” – UNILAG Student who confessed to...