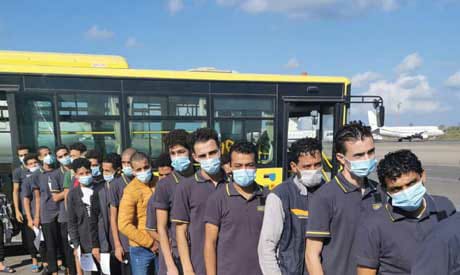 The Egyptian foreign ministry stated that 53 Egyptian young men were returned to Cairo on Sunday from Libya after being arrested by Libyan authorities for attempting to illegally migrate to Europe through the Mediterranean.

According to the ministry, the Egyptian Embassy in Tripoli and the Egyptian Diplomatic Mission coordinated with Egyptian authorities to facilitate the return of the illegal migrants via a private aircraft.

The head of the Egyptian Diplomatic Mission in Libya, Tamer Mostafa, commended the Libyan authorities for presenting all the needed facilities and arrangements to return the young men to Egypt.

Meanwhile, Egypt and Libya agreed in April to resume flights between the two countries’ capitals, as Cairo seeks to restore normalcy in its relations with the neighbouring country, especially after the election of an executive authority to guide the country until legislative elections are held by the end of this year.