It was gathered that the little girl went to a shop on Monday, October 26, to buy crisps and some sweets, something she had done countless times before. However, this time around, she did not come back.

Following the girl’s disappearance, her half naked body was found in bushes five hours later by her neighbours who had embarked on a frantic search.

According to report, the girl had been stabbed near the neck and dumped not far from her family home. Her pants, underwear and shoes were missing.

Her heartbroken mother, Thandiwe has revealed how her little girl dreamed of becoming a model or a doctor when she was older. She said during their last conversation, her daughter had asked her to surprise her with a present.

“I have no answers. My little girl’s life has been brutally cut. In our last conversation. I should surprise her with a present. It hurts,” Thandiwe told DispatchLive on Wednesday, October 28.

“When she wanted something from me, she called me Chommie, not Mommie.”

Thandiwe said she only found out her daughter was missing when she got home from work on Monday afternoon.

Her sister, Phaphama said the family started a search for the girl after she did not come back from the store.

They couldn’t find her in the usual places and panicked when the owner of the store she went to said he hadn’t seen her. 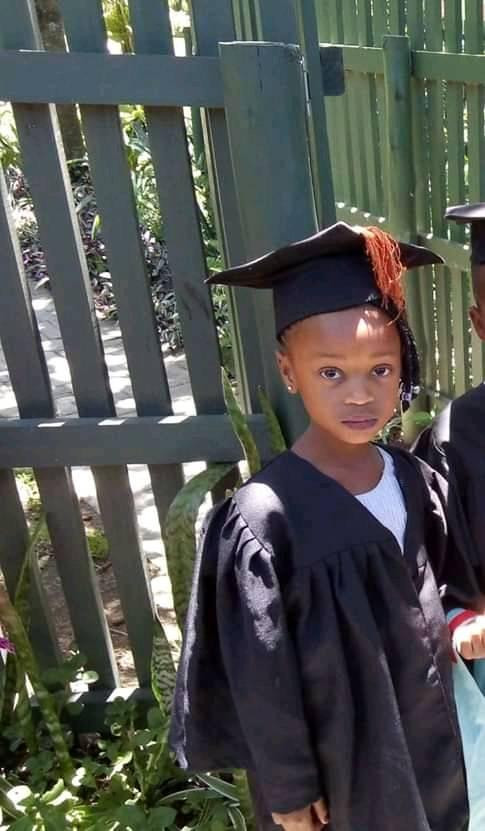 Other locals joined in efforts to find Inathi until the family received a phone call telling them that she had been found.

“A phone call came to say I need to bring a blanket. We thought she was still alive when we rushed to the hospital. We were shocked to find she had been gone a long time. She had one Stab wound on the upper body. “ Phaphama