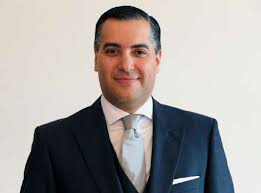 Mustapha Adib, who is the third designated prime minister of Lebanon within eight months resigned after his attempts to form a new government was sabotaged by Iran-backed factions.

Adib resigned on Saturday, September 26, after less than a month as a premier designate.

Adib took over from Hassan Diab, who himself took the reins from Saad Hariri at the end of January.

The prime minister-designate promised to rebuild Lebanon’s broken political system in the wake of the devastating Beirut port explosion and growing social unrest over corruption and mismanagement.

However, his efforts to form a new government were recurrently disrupted by the demands of the two dominant Shiite parties, Iran-backed Hezbollah and its ally, the Amal Movement, which insisted on retaining control of the key finance ministry.

Adib, in his resignation letter to the Lebanese president, he said, “The parliamentary blocs did not keep their promise. The consensus that I accepted to form the government no longer exists. My resignation is due to my concern for national unity.”

Adib’s departure is a bad hit on Macron’s strategy to put an end to corruption and execute reforms required to repair an economy crushed by a mountain of debt.

As he stepped down, he stated that Lebanon must not abandon the French plan or squander Macron’s goodwill.

He wished his successor well in the “hard task” of forming a government.

Jan Kubis, the UN special coordinator for Lebanon condemned the situation in a tweet, which reads, “Such a degree of irresponsibility, when the fate of Lebanon and its people is at stake.”

“Politicians, have you really scuppered this unique chance created by France? When will you finally stop playing your usual games, listen to the cries and needs of the people, prioritize the future of Lebanon?” Kubis said to Lebanese officials.