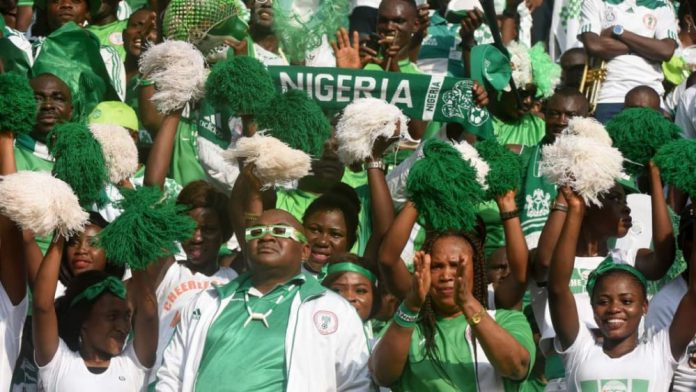 The Confederation of African Football has restricted journalists and spectators from the 2022 Africa Cup of Nations qualifying match between the Super Eagles of Nigeria and the Leone Stars of Sierra Leone.

This announcement was made by Nigeria Football Federation’s spokesperson, in the person of Ademola Olajire who made this public via a press statement on Monday, November 9.

“The Confederation of African Football has categorically stated that no journalists or supporters would be allowed inside the Samuel Ogbemudia Stadium, Benin City for Friday’s 2022 AFCON qualifying match between the Super Eagles and the Leone Stars.

“In the guidelines communicated to the Nigeria Football Federation, CAF instructed, under Media Operations, that there would be no mixed zone, virtual press conference only if possible (media officers from both teams only), and that only the TV channels with the rights will be allowed flash interviews.

“Also, only photographers of participating teams would be allowed at the match.

“The above puts to rest all previous speculations regarding having spectators at the match venue, and whether members of the media would be allowed into the arena.”

In the statement, the NFF’s Director of Competitions, Bola Oyeyode, was quoted as saying that “only individuals accredited by the NFF would be allowed inside the Samuel Ogbemudia Stadium for the Day 3 qualifier, which will kick off at 5 pm Nigeria time.”

The match between the Super Eagles and Leone Stars will take place at the Samuel Ogbemudia Stadium, Benin City on Friday, 13th November before a return game is being played at the Siaka Stevens Stadium in, Freetown on Tuesday, 17th November.

I understand the Determination of Nigerian Youths, Says Femi Otedola as...