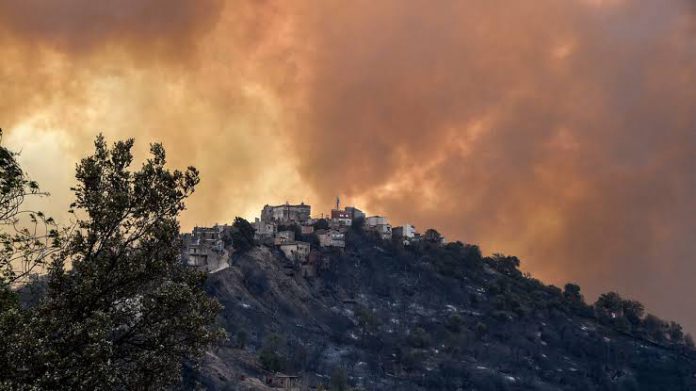 A representative of the Algerian Red Crescent disclosed that “more than 600 families” have been left homeless because of wildfires near the country’s capital.

Nafissa Toumi said the fires have killed 65 people in Algeria and have injured more than 1,000 people.

Speaking on state TV, Prime Minister Aïmene Benabderrahmane said governors in the affected regions had been instructed to house the affected families.

“We gave strict instructions to the ‘wilaya’ (region) governor to direct all university accommodations currently available and all hotels, even private ones, to accommodate all the citizens who were affected by these fires and provide them with all means necessary for a decent accommodation in the best way until this disaster may pass, God willing,” he explained.

Tebboune said his North African nation would enter a three-day period of mourning starting Thursday that would include suspending all government activity except for actions of solidarity.

Dozens of fires began devouring forested mountainsides in the Berber region of Kabyle, east of Algiers, the capital, on Monday, destroying village homes, olive tree orchards and animals that provide a livelihood for the region.

The forestry director in Tizi-Ouzou, the regional capitol, said Wednesday that 18 fires remain active in the region.

It was gathered that dozens of fires burned elsewhere across the north, but their deadly force was concentrated in Kabyle.