The popular Nigerian rapper, Sanni Goriola Wasiu known as Lil Frosh has apologized for his actions and inactions regarding the allegation of domestic violence levied against him by his girlfriend, Iyomaterire Okeoghene Taiwo. 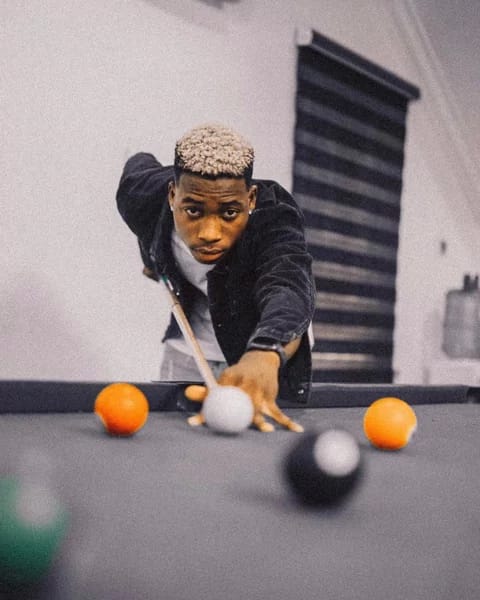 He conveyed this apology via his social media pages on Sunday, October 11 while responding to the allegation.

His statement reads, “Based on the wide range of incidents between I Sanni Goriola Wasiu [Lil Frosh] and Iyomaterire Okeoghene Taiwo [thecutegemini], I would like to inform my fans and loved ones that we are on top of the situation, we urge friends and fans of I, Lil Frosh to be at ease and to entertain fear or cause further rancour to this situation.

“We would also like to state that we condemn violence in all forms, be it domestic or otherwise. I sincerely apologize for my actions and inactions. Thank you.”

It should be recalled that Lil Frosh’s contract with Davido’s music label, DMW was terminated due to the allegation of domestic violence.

Michael, the brother of Iyomaterie Okeoghene Taiwo disclosed on October 5, 2020 that his sister was being maltreated by Lil Frosh.

Michael wrote, “@thacutegeminme my client and sister has suffered enough!!! We have kept quiet enough @lhilfrosh You have done enough damage for almost a year now you have been in a relationship with my sister and client and you have brought her nothing but horror, pain and disaster.

“I remember the first time I found out about you beating her on Monday 22nd of June @official_lyta team reached out to me wanting to use her for his musical vidoe shoot but she kept on saying you didn’t like it not knowing you had beaten her to pulp and she couldn’t face the world with so much bruise. Their team begged to double the money but she couldn’t take the job because of you.

“@lhilfrosh you are very wicked I’m tired of trying to protect your image while you continually ruin her and break her into pieces. She called one day crying that you were going to kill her and actually you were truly locking her inside preparing to beat not until I called her mom. You even recorded her naked !! Threatening to post it after beating her bro @lhilfrosh you better be ready.”