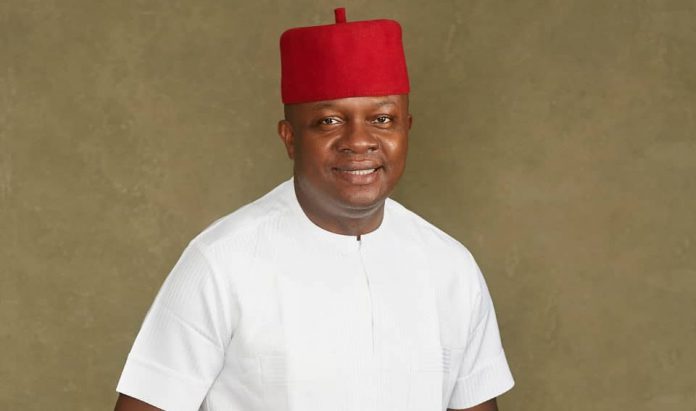 With few hours to Saturday’s Governorship elections in Anambra State, the governorship candidate of the Peoples Democratic Party (PDP), Valentine Ozigbo has secured the endorsement of the Catholic Laity in the state.

Ozigbo had first gotten the endorsement of the Catholic Charismatic Association of Nigeria, National and Anambra state yesterday at Awka.

Following the endorsement of one of their members Mr Valentine Ozigbo, the national and state officials of the movement who were in the state since Saturday, a week to the polls had continued with their Parish to deanery sensitisation of members before yesterday’s endorsement.

In another overflowing event of the Awka Diocesan laity, held at the Retreat Centre Okpuno on 3rd November, it was clear from the body language of the Laity that the church is routing for the PDP candidate whom every speaker referred to as humble, reachable and focused.

Patrons of the Catholic Laity, All the Laity Presidents of the four dioceses in the state led by the provincial laity president and Laity president of Nnewi Diocese Mr Alvan Anachuna as well as Engr Onyekachi Obiefuna of Onitsha, Rep of Anofu Eberechukwu of Ekwulobia and host Laity president, Joe Egbebuike were all in attendance with a large number of priests and laity chaplains.

The large gathering were all thrilled by  Val Ozigbo’s Manifesto rendition. Former 0Governor Peter Obi appreciated the Laity assuring them that Val Ozigbo of PDP is the right choice. One of the laity presidents who spoke journalists thanked the Church in the state for allowing the laity to perform their role unencumbered.

Immediately after the four Diocesan Laity presidents led by the provincial President, announced the endorsement of Valentine Chineto Ozigbo to overcrowded audiences, the crowd erupted in wild jubilation.

Zimbabwean Judge under investigation after enraged lover leaked his nudes