Armed men have invaded a school on Saturday in a region where separatist insurgents operate in Cameroon and randomly opened fire at the children, killing six instantly, with the seventh giving up the ghost on Sunday after sustaining lots of injuries. 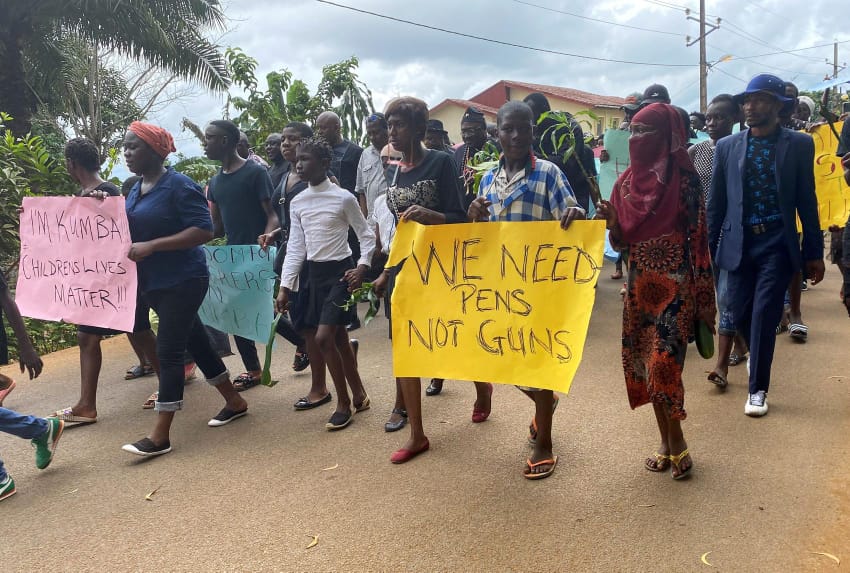 The gunmen were said to have arrived around midday on motorcycles and in civilian clothes, invading the school situated in the city of Kumba in South West Region.

“They found the children in class and they opened fire on them,” city sub-prefect Ali Anougou told Reuters.

Isabel Dione ran into the school to search for her 12-year-old daughter when she heard about the shooting. She found her on the floor of a classroom, bleeding from the stomach.

“She was helpless and she was shouting ‘mum please help me’, and I told her ‘only your God can save you now’,” Dione told Reuters. The girl was rushed to hospital where she is undergoing treatment for a gunshot wound.

No one has claimed the responsibility for the attack as separatist already denounced any involvement in the act.

Prominent separatist leader Ayuk Tabe described the attack as “inhumane” in a Twitter post and said “anyone responsible for these atrocities must be brought to book.”

“I blame the government for everything that is happening,” said Claude Ngwane, whose 12-year old daughter Renny, died from her wounds early on Sunday.

He added that if the Cameroon government would acknowledge that it cannot win a civil war, it would act differently to avoid the escalation of a conflict that has so far displaced over half a million people.

There were uncertainties as to whether the attack was linked to an ongoing struggle between the army and groups seeking to form a breakaway state called Ambazonia in the English-speaking west.

But it was a grim new low in a region that since 2017 has seen hundreds die and thousands displaced because of the conflict, with many children unable to attend school.

More than 3,000 people have died since 2017, with both sides regularly accused of committing atrocities.

Channels Television, The Firoz Lalji Institute For Africa At The London...