A 44-year-old woman, Stephanie Blais has been killed by a bear while she was on a call with her father due to problems with water supply at remote Saskatchewan cabin in Canada.

“She called me to tell me that the water line hadn’t been working and that her husband had fixed it. She then told her son, Eli, to run inside and grab an antenna,” her father, Hubert Esquirol told a local radio station.

Seconds later, he heard muffled gurgling sounds – and then silence.

“I stayed on the line for a few minutes before I hung up and tried calling again,” he said. “The sounds were very disturbing. An attack crossed my mind but attacks are one in a million.” 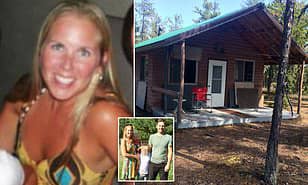 Stephanie was with her husband, Curtis, and two young children at the family’s remote cabin in the province of Saskatchewan. But problems with the water supply prompted her to call her father on a satellite phone, Guardian report confirms.