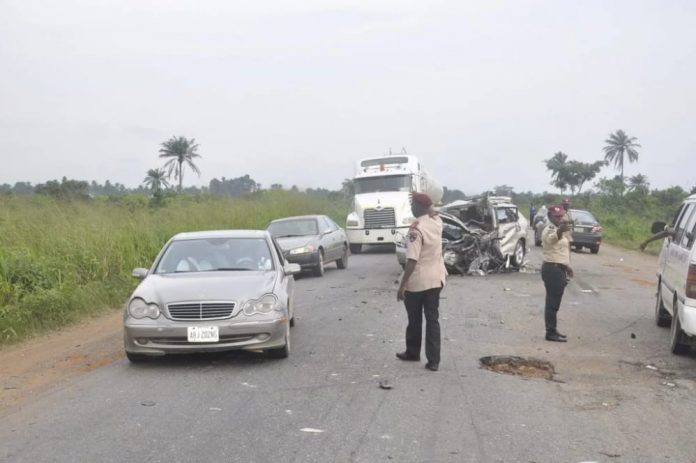 The Federal Road Safety Corps (FRSC) in Benue, Nigeria has affirmed that seven passengers were killed while one was injured in the road accident which happened at Gbatse Village in Ushongo Local Government Area of Benue.

The spokesperson of FRSC in Benue, Joyce Akura stated that the accident which happened on late Saturday involved two vehicles, a truck and a Toyota car, with 12 passengers along the Ugbema-Adikpo.

According to her, “12 passengers were involved in the crash. Seven were confirmed dead, while one was injured and is currently receiving treatment.”

She further explained that “nine were males, three females and the remains four were unhurt.”

The official urged drivers to be cautious, adding that speeding and careless overtaking was the cause of major accidents on the road.

Akura revealed that the dead bodies were already deposited at a morgue in Ushongo.

“Investigations into what led to the accident is still ongoing,” she added.