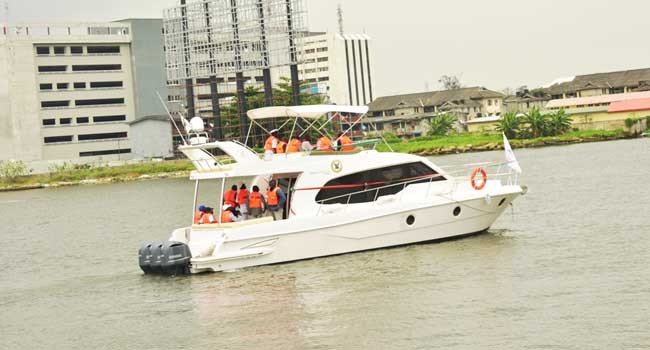 One person has been confirmed dead while 16 others have been rescued after an Ikorodu-bound boat capsized shortly after takeoff from the CMS ferry terminal on Monday evening.

According to a statement by the Lagos National Inland Waterways Authority (NIWA), the boat was said to have been involved in the accident 15 minutes after it left the CMS terminal.

NIWA confirmed that the 17-passenger boat named “Temi 3 Global” hit an underwater obstacle that broke its hull, resulting in the capsize.

The Area Manager of NIWA, Sarat Braimah explained that a search and rescue team, comprising staff of the Lagos State Waterways Authority (LASWA), the National Emergency Management Agency (NEMA), the marine police, fishermen and other boat operators were immediately mobilised to the site of the incident near Adekunle waterfront, leading to the rescue of 16 persons.

One person died while on the way to the hospital.

55-Year-Old Man caught with 4 Human Skulls, Hands and Jaws in...