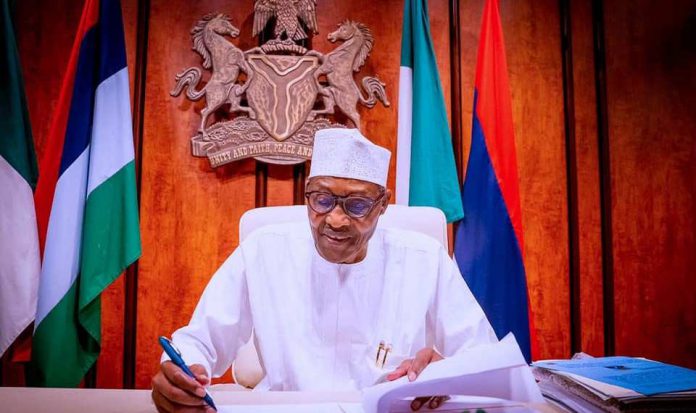 This was disclosed via a statement released by his Special Adviser on Media and Publicity, Femi Adesina, on Monday August 20.

The ceremonial part of the new legislation will be done on Wednesday August 22 after President Buhari must have fulfilled the days of mandatory isolation.

“Working from home in five days quarantine as required by the Presidential Steering Committee on COVID-19 after returning from London on Friday, August 13, the President assented to the Bill, Monday, August 16, in his determination to fulfill his constitutional duty.

“The ceremonial part of the new legislation will be done on Wednesday, after the days of mandatory isolation would have been fulfilled.”

The Petroleum Industry Act sparked controversy following the allocation of three percent revenue to host communities in the Niger Delta, while a fund for the exploration of oil in frontier basins, mostly in northern states, received 30 percent.

COVID 19: No Return To Normality Anytime Soon – DG, WHO