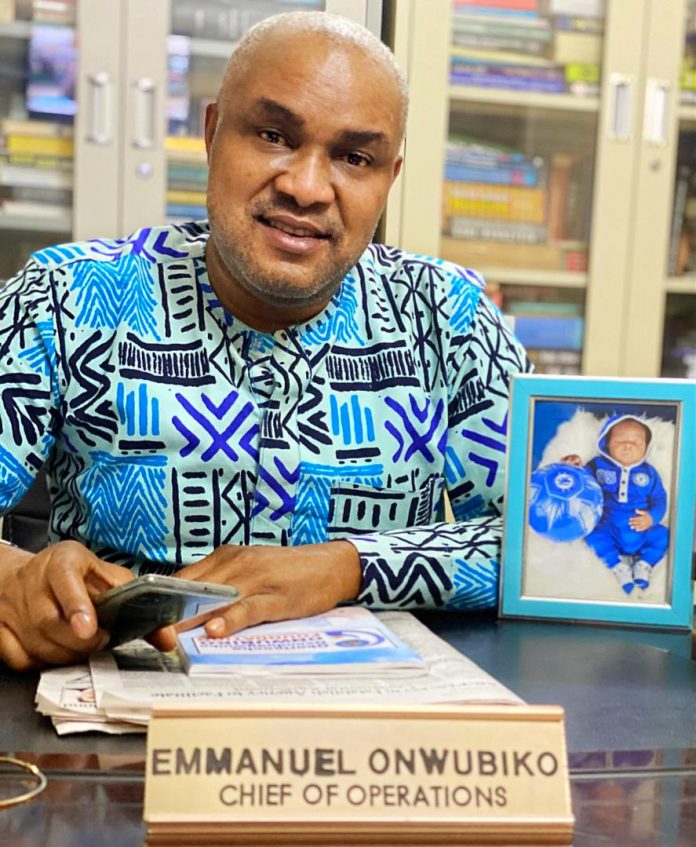 Human Rights Writers Association of Nigeria (HURIWA) has described the decision by the Minister of Agriculture and Rural Development Alhaji Sabo Nanono to blow away N30 million of taxpayers fund domiciled in the Federal Ministry to build a Mosque as provocative, sectional, and unconstitutional.

It, however, urged the minister that a Christian chapel and a Shrine for African traditional religion worshipers be built or else the minister would be sued within a week.

HURIWA also rejected the tepid and illogical explanation regarding the illegal appropriation of public fund to build a place of worship for just a section of farmers just as the Rights group said it is unacceptable to deploy public fund to promote the private religious pursuit of some people in a Multi-religious and indeed complex chain of nationalities that constitute Nigeria.

HURIWA in a statement by the National Coordinator, Emmanuel Onwubiko also carpeted the Minster for defending such official indiscretion and wondered whether the minister of Agriculture was secretly designated by President Muhammadu Buhari as the minister of Islamic Affairs for him to dip his hands into money belonging to the Agricultural sector to promote the religious interest of a section of Nigeria.

“We are by this public notice, demanding from the minister of Agriculture, that he approves about N30 million each into two places for the building of a Church to be used by displaced farmers in Benue State and a befitting Shrine for use by African traditionalists who are farmers in any part of Southern Nigeria deemed appropriate by the farmers.”

“We are giving the minister a week to approve the funds to build a Church and a Shrine or we will mobilize Christian farmers and farmers who are African traditionalists to file a suit against this unconstitutional and discriminatory policy”.

HURIWA recalled that the Federal Ministry of Agriculture and Rural Development had even maintained that it has nothing to hide over approved N30 million mosque project while reacting to media reports on alleged ‘leaked memo’ approving the sum for the construction of a ‘Friday’ mosque with taxpayers’ money.

The reaction was contained in a statement with the subject ‘RE: Leaked Memo: Nigeria’s Agric Ministry Approves N30m for Mosque Construction’ signed by the Director, Information Department, Theodore Ogaziechi, and made available to Vanguard.

According to the statement, a government official memo, dated December 10, 2020, with ref. No. FMA/PROC/AHS/SIP/2020/7742/1 stating that the Ministerial Tenders Board approved the contract and was displayed on the platform.

The Ministry’s reaction reads, “Our attention has been drawn to an online publication by the Punch Newspaper alleging that the Federal Ministry of Agriculture and Rural Development has come under fire on social media following a leaked memo conveying the approval of N30m for the construction of a Friday mosque with taxpayers’ fund. In addition, a government official memo, dated December 10, 2020, with ref. No. FMA/PROC/AHS/SIP/2020/7742/1 stating that the Ministerial Tenders Board approved the contract, was displayed on the platform.

“To put the facts straight, the memo is authentic and appropriate in all ramifications. It is original and was issued by the Ministry for the construction of a worship centre for a community of livestock farmers who were sacked and displaced in Borno State by Boko Haram insurgents and are being resettled in Ngarannam/Mafa local government, Borno State.

“Apart from the mosque, other common facilities provided for the livestock farmers in the community include Solar Powered Boreholes with Overhead Tanks and Drinking Troughs for their cattle and small ruminants, Water Harvesting Structures, Milk Collection Center, Resettlement Abode, as well as other infrastructure to properly settle and rehabilitate the displaced livestock farmers.

“The construction of the mosque was a Special Request from the community through the Borno State Government to avoid moving too far from the settlement areas for prayers and also to ensure their safety and contact with the insurgents.”

The prominent Civil Rights Advocacy Group- HUMAN RIGHTS WRITERS ASSOCIATION OF NIGERIA (HURIWA) said the explanation of the minister of Agriculture only goes to show that impunity has become the central character of the current administration in Nigeria just as the Rights group tasked Nigerians to wake up from slumber and demand accountability from the President Muhammadu Buhari’s administration even at the risks of imprisonment.