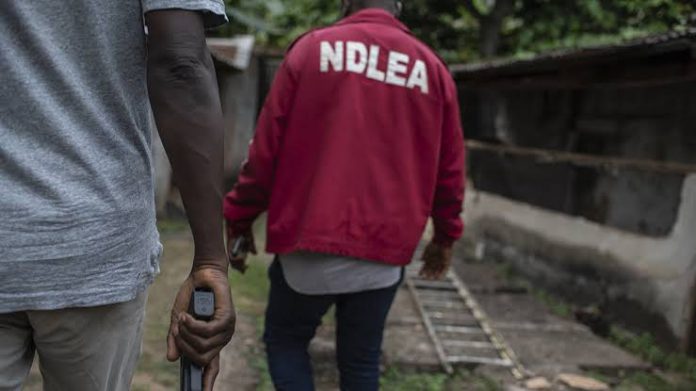 No fewer than 145 suspected drug traffickers have been arrested in Edo State by the National Drug Law Enforcement Agency (NDLEA).

The State NDLEA Commander, Wakawa Buba made this known to pressmen on Friday during a briefing to mark the 2020 International Day against Drug Abuse and Illicit Trafficking.

Buba went further to explain that the arrest was made from January to date despite the COVID-19 pandemic said the Command also made a seizure of seven thousand, nine hundred and five (7,905) of various narcotic drugs.

“Edo command in the first half of the year arrested 145 suspects including 101 males and 44 females. The bulk of the drug is cannabis Sativa with 7,880.3128kg while psychotropic substances are 24.788kg.

“Three cannabis farms were identified and destroyed measuring 2.290259 hectares with an estimated yield of 10,993.2432kg of cannabis,” Buba said.

Similarly, six vehicles used in conveying illicit drugs were impounded along with one motorcycle.
Meanwhile, the agency has counselled and rehabilitated 63 persons with drug abuse disorders before reuniting with their families.

“Two others found to be abusing multiple drugs and refereed by their parents are currently undergoing counselling. The command also secured seven convictions while 174 cases are pending in court,” he added.