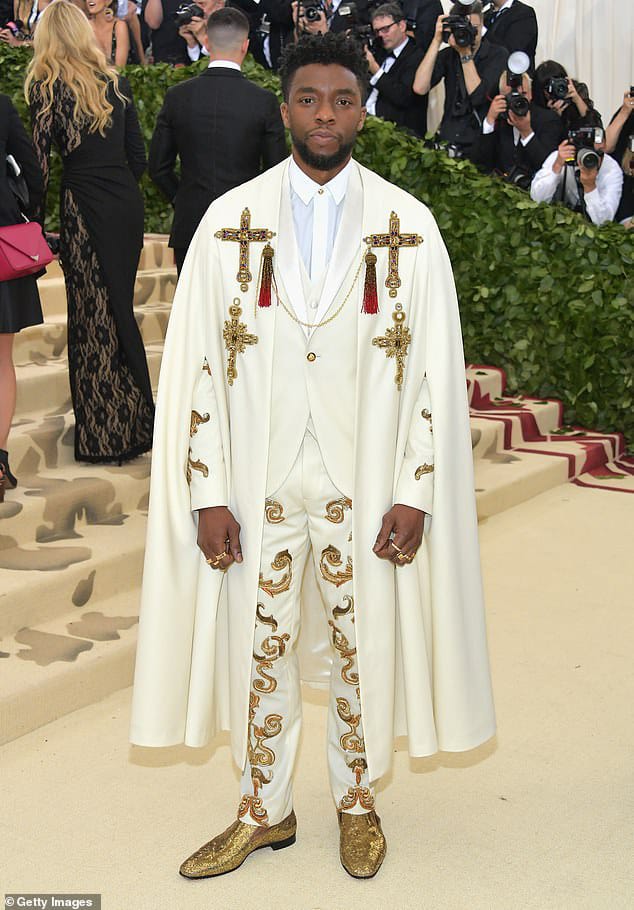 Chadwick Boseman’s brothers, Kevin and Derrick opened up about the actor’s final days.
According to them, “He was ready to go”.

The actor who passed away at the age of 43 was diagnosed with colon cancer in 2016 but it was never disclosed to the public until he died.

Derrick, a 54-year-old pastor who currently lives in Murfreesboro, Tennessee, said Chadwick told him the day before he died that he was ready to go.

Chadwick said to his brother, ‘Man, I’m in the fourth quarter, and I need you to get me out of the game.’
While his brother asked what it meant, he realized that he was ready for his fight to be over.
‘When he told me that, I changed my prayer from, ‘God heal him, God save him,’ to ‘God, let your will be done,” Pastor Boseman said.

‘And the next day he passed away,’ the pastor added that his brother’s death was on August 29.

Kevin Boseman, a 48-year-old actor said his brother went by the full name of Chadwick Boseman, friends and others closest to him knew him simply as Chad.

‘I have been trying to remember Chad and not Chadwick, and there’s just been a lot of Chadwick in the air,’ Kevin Boseman said.

Kevin, who is a successful actor, director and writer in his own right, added that the moment one becomes a celebrity, ‘You have to start sharing that person with the world; I always endeavoured to just treat him like my brother.’

Derrick disclosed that Chad was always artistically gifted, adding he could ‘sit and draw anyone’ from a very young age.

“Chadwick always wanted to work in the arts, but he originally wanted to be a writer and director before he was encouraged to start acting while at Howard University.

‘A lot of people think making it means becoming an A-list movie star, I didn’t force that. I just knew that if Chad wanted to work in the arts, he would find a way and take care of himself,’ Kevin said.