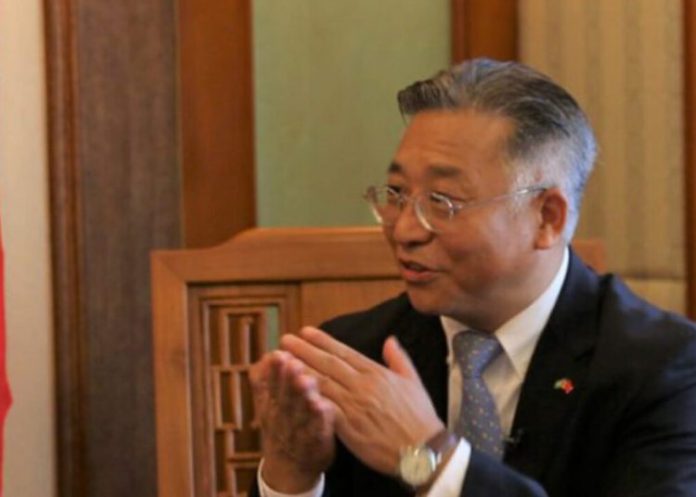 The Ambassador of the People’s Republic of China to Nigeria, Cui Jianchun has advised Nigerian government on how to reduce poverty in the country.

He stated that Nigeria can reduce poverty ravaging the nation by investing in human capital development and increased investment in the critical sectors of the economy.

The envoy said this in Abuja at the closing ceremony of the Nigeria-China Cultural week and award ceremony.

He said his country is ready to help Nigeria reduce the level of poverty in the country, adding that China eradicated extreme poverty in February 2021 through good leadership dedicated to sustained policies that revamped the Chinese economic from its backward state to a modern economy with a GDP of $15.7 trillion in a period between 1952 and 2020.

Speaking at the occasion to mark China celebration of its 72 independence anniversary and Nigeria’s 61, the envoy said the successes in economic growth, innovation, poverty eradication, the Belt and Road Initiative were predicated on mobilizing the people behind a collective will to work together and achieve a goal.

Jianchun noted that as part of the robust 50-year-old bilateral relations with Nigeria, China can assist in replicating its successes in Nigeria by sending young Nigerians to China to understudy the system, get the experience and impact on the Nigerian system.

He said: “I would like to share with you that we can do this together because poverty elimination, reduction or eradication really needs leadership and that has been shown that the Chinese President had the strong will.

“The most important aspect is that we mobilize the whole society to work together to eradicate poverty from rural areas.”

He added that: “I think there is a need for the two countries to work on this poverty eradication. I think this is a very meaningful thing not only for Nigerian people but also for the international community.”

In his remarks, Director-General, National Council for Arts and Culture (NCAC), Otunba Segun Runsewe, commended Jianchun for his efforts in strengthening the Nigeria-China ties with so many strategies and commitments.

He noted that Nigeria has a lot to learn from China, adding that Nigeria will build a Cultural village during the 2022 Olympics in Beijing to celebrate and strengthen the cultural ties.