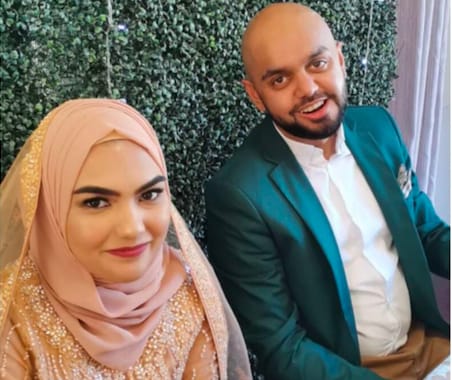 A newly-wed couple from South Africa were reportedly electrocuted to death just a day after they returned from their honeymoon.

Gauteng police confirmed that the bodies of Zaheer Sarang and Nabeelah Khan were found on Sunday afternoon.

Johannesburg police spokesperson Captain Mavela Masondo disclosed that the couple’s bodies were found in the shower.

“It is suspected that the couple were electrocuted. Police are still waiting for the post-mortem results that will confirm the cause of death.”

“The problem is that there are many other residents from Homestead Park, Mayfair South that are also experiencing this shocking when they touch the taps at their house.

“It does seem to be a bigger problem in terms of what is going on.”

City Power CEO, Mongezi Ntsokolo also confirmed the incident and has since ordered an urgent investigation into allegations that a fault, caused by illegal electricity connections led to the couple’s death.

“From Monday morning a team has been busy with a preliminary investigation to establish the facts, and we will provide the details later.

“While we are busy with investigations, we urge the residents to desist from tampering with electricity infrastructure, vandalism and illegal connections which may lead to the circuit malfunctioning.”