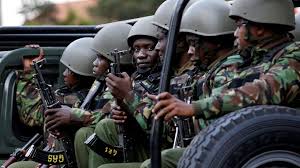 In line with the police statement, the police shot at the crowd in the western city of Lessos after clashes .

The Police Inspector General, Hillary Mutyambai also disclosed that he had ordered the arrest of the involved in the shooting and they regret the loss of these lives.

The first shots fired killed a 40-year-old man after motorcycle taxi drivers “attacked” one of the officers, according to a police statement.

Two more people were shot dead after the crowd followed the officers back to their police station, it said.

“A thorough investigation will be carried out and action will be taken. They must face the law,” said Mutyambai.