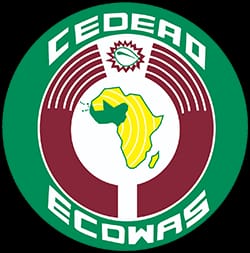 The Economic Community of West African States (ECOWAS) has called on Mali and Guinea to honour timetables for a return to democracy as the group imposed new individual sanctions on the countries.

According to ECOWAS Commission President, Jean-Claude Kassi Brou “ECOWAS has decided to sanction all those implicated in the delay” in organising elections set for February 27 in Mali.

He said Mali had “officially written” to Ghanaian President Nana Akufo-Addo, who holds the rotating presidency of ECOWAS, to inform him that the Sahel country could not hold elections as planned.

Colonel Assimi Goita initially pledged a transition of no more than 18 months, but went on to mount a new coup in May

Council members “reiterated their call for the Malian transitional authorities to achieve… the handover of power to democratically elected civilian authorities within the agreed timeline,” the officials said in a statement.

As for Guinea, where soldiers seized power on September 5, ECOWAS decided to uphold the country’s suspension from the bloc as well as sanctions against individual junta members and their families.

It also reiterated its demand for the “unconditional release” of president Alpha Conde, 83, who has been under house arrest since his ouster.

In the final declaration, it praised the adoption of a “transition charter”, the appointment of a civilian prime minister and the formation of a transitional government — echoing Brou following an ECOWAS delegation to the country in October.

But it called on the authorities to “urgently submit a detailed timetable… towards the holding of elections” in the country of 13 million people.

ECOWAS will hold its next summit in December when it will consider more sanctions “if the situation persists”, Sunday’s declaration revealed.

78% of Nigerian power consumers get less than 12-hour daily supply...

Suspected Nigerian Vendor arrested with drugs worth over N10m in India