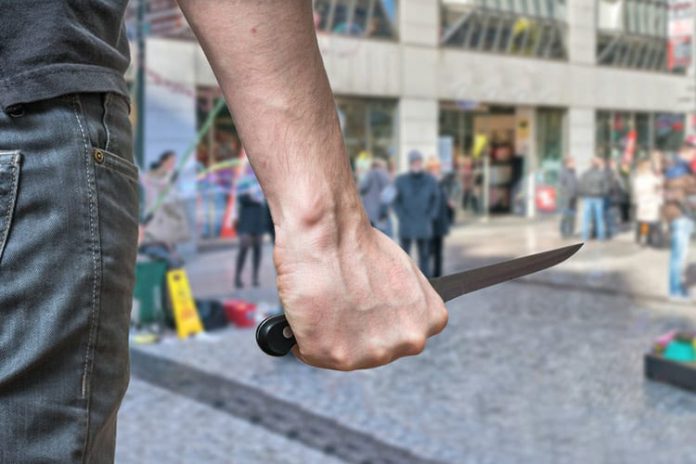 An Egyptian man identified as Muhammad Suleiman, 35, has killed his wife, Shadia MA, by stabbing her 27 times in the chest, belly and neck with a knife in Ihnasiya city, Beni Suef Governorate, Egypt on the eve of Eid Al Adha.

The 28-year old woman was drenched in her blood and succumbed to her wounds on the spot.

In a video that went viral on social media, the accused appeared while talking to his wife, before he got mad, took out a knife from his pocket and stabbed her 27 times in the neck, chest and abdomen.

Thereafter, he cut the arteries of his hand.

He was taken to the hospital, where he underwent a life-saving surgery.

He reportedly killed her because of their marital disputes and her refusal to return to his home, as well as her filing of a divorce suit against him.

The accused said in his confessions, “I killed my wife, the mother of my children Tabark and Yasseen using a knife that I bought from a street vendor, by stabbing her in the neck, chest and belly.”

He said, “I hid the knife in my back pocket of my pants and went to the clothing store that my wife owns.

“I entered the shop, as she was alone, to talk and resolve our differences, but she drove me mad after a verbal quarrel broke out between us.

“I took out the knife and stabbed her. She tried to stop me, but I continued stabbing her all over her body until she fell on the ground.

“Then, I continued stabbing her in the chest, until she died. After that, I sat next to her looking at her and blamed her for all that. Then I cut the arteries of my right and left hands with the same knife, and woke up in the hospital.”

He added, “I am married to Shadia since 2007, and we had two children. We had marital problems, and two months ago she left the house.”

The attorney general for the Prosecution Office of Beni Suef, Counselor Tariq Jalal, decided to imprison the accused for 4 days pending investigations.

Ghanaian Lady allegedly beaten to Death by her Fiancé