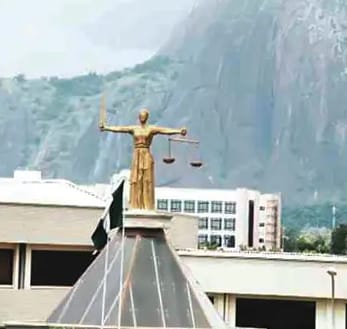 Justice Oluwatoyin Abodunde of an Ado Ekiti High court has sentenced a 24-year-old man, Sola Jegede, to death for stealing phones and cash.

According to the charge, the defendant was charged with offences of armed robbery and rape, which was committed on 30th October, 2015 at Oda Ponna Street, Omuo Ekiti.

According to the prosecutors, the defendant, armed with offensive weapons such as gun, knife, digger and club robbed Ilesanmi Ibukun, Ilesanmi Seun and Ilesanmi Tope of their phones and undisclosed amount sum of money contrary to sections 1(2)(a) of the Robbery and Firearms (Special Provisions) Act, Cap. R11 Laws of the Federation of Nigeria, 2004 and Section 358 of the Criminal Code Law, Cap C16, Laws of Ekiti State, 2012.

The prosecutor, Omobola Oyewole Esq. called 7 witnesses while exhibits tendered include Blackberry and Nokia Phones, a digger, a knife among others while the defendant spoke in his own defence through his counsel Adedayo Adewumi Esq and called no witness.

Visual Evolution of The Egyptian Pound