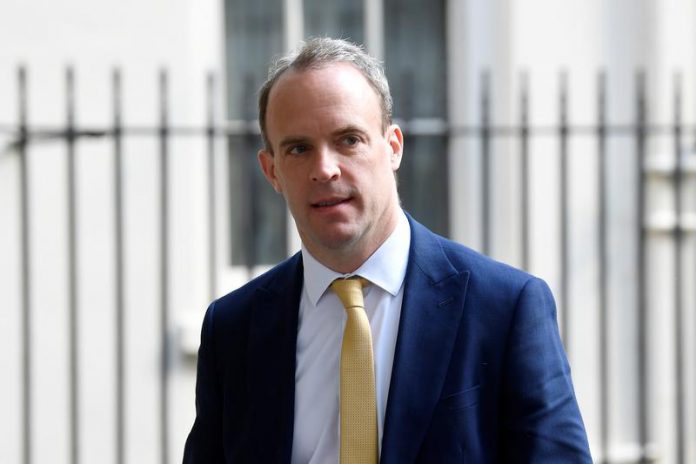 The foreign secretary of Britain, Dominic Raab has stated on Wednesday, October 21 that an end should be put to the violence in Nigeria as protesters clamour for the eradication of police brutality and demand for wide-ranging reforms in the country.

He said, “I am deeply concerned by the recent violence and continued clashes in Nigeria, and am alarmed by widespread reports of civilian deaths,” Dominic Raab said in a statement.

“We call for an end to violence. The Nigerian government must urgently investigate reports of brutality at the hands of the security forces and hold those responsible to account,” he added.

The United Nations has also called on the Muhammadu Buhari-led federal government to put an end to human rights violations and killings of citizens.

Deputy Secretary-general of the UN, Amina Mohammed tweeted, “@UN & I are following the protests in #Nigeria calling for an end to human rights violations. I join the #UNSG in stressing the importance of respect for peaceful protests & freedom of assembly & call on the security forces to exercise maximum restraint.

“I’ve been asked about the ongoing protests in Nigeria and I can tell you that the Secretary-General is following the protests in Nigeria calling for the dissolution of the Special Anti-Robbery Squad and an end to human rights violations allegedly committed by security agencies.

“The Secretary-General stresses the importance of respect for peaceful protests and freedom of assembly and calls on the security forces to exercise maximum restraint in the policing of the demonstrations,” Mohammed said earlier in a statement.

This was in reaction to the incident in which soldiers opened fire on a crowd of over 1,000 protesters in the Lekki Toll Gate area of Lagos State on Tuesday evening, sparking international outrage.

Buildings such as police stations and media houses were set ablaze on Wednesday.

The shooting drew series of international disapproval with the with UN High Commissioner for Human Rights, Michelle Bachelet stating that reports suggested it could have been premeditated.

Lagos state authorities have stated that an investigation will be carried regrading the shooting and the Army has denied any involvement.

Fireboy, Rema Among others Feature in FIFA 21 Soundtrack