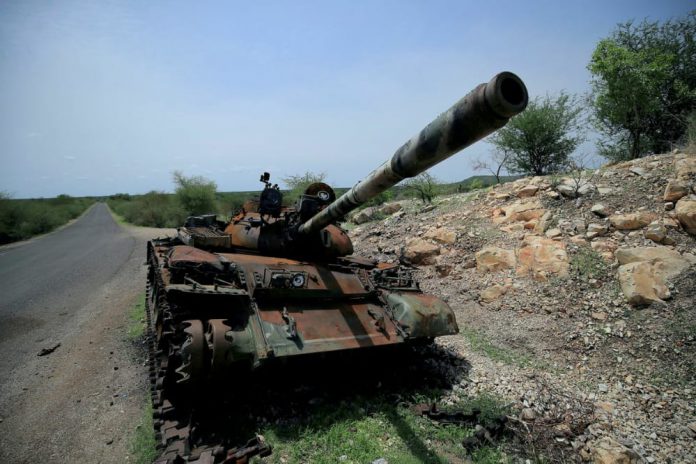 The Ministry of Foreign Affairs in Ethiopia disclosed that the country is expelling seven senior U.N. officials.

There has been increasing international criticism of conditions in Tigray and all parties fighting in northern Ethiopia face the possibility of sanctions from the U.S. government.

White House press secretary Jen Psaki told reporters on Thursday that the United States condemns the expulsions and will not hesitate to use sanctions against those who obstruct humanitarian efforts.

“We’re deeply concerned that this action continues a pattern by the Ethiopian government of obstructing the delivery of food, medicine and other life-saving supplies to those most in need,” she said.

The Ministry of Foreign Affairs did not immediately respond to requests for comment on the expulsions. Ethiopia has previously denied blocking food aid.

The seven people being expelled include the country heads of the United Nations Children’s Fund (UNICEF) and the head of the United Nations Office for the Coordination of Humanitarian Affairs (OCHA). The seven have 72 hours to leave, the ministry said in a statement, accusing them of “meddling” in internal affairs.

A statement from U.N. Secretary General Antonio Guterres said he was “shocked” by the expulsions and added: “We are now engaging with the Government of Ethiopia in the expectation that the concerned UN staff will be allowed to continue their important work.” read more.

Five of the seven people being expelled work for OCHA, while a sixth works for UNICEF and the seventh works for the Office of the High Commissioner for Human Rights, which is conducting a joint investigation with Ethiopia’s state-appointed human rights commission into reports of mass killings of civilians, gang rapes and other abuses in Tigray.

Meanwhile, Ethiopian authorities previously accused aid workers of favouring and even arming Tigrayan forces, although they have provided no evidence to support their accusations.

Nigeria’s economy is moving in the right direction – UN Deputy...