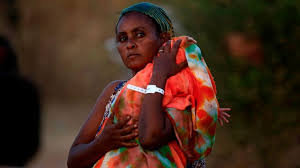 The Ethiopian Prime Minister, Abiy Ahmed has warned Tigrayan regional forces that they are “at the point of no return” and need to surrender within 72 hours before the military begins an offensive on the regional capital of Mekelle.

According to a tweet by Abiy on Sunday evening, he stated, “We urge you to surrender peacefully within 72 hours, recognizing that you are at the point of no return.”

According to reports, the Tigrayan forces could not immediately be reached for comment.

A military spokesman revealed earlier that advancing Ethiopian troops plan to surround Mekelle with tanks and may shell the city to force surrender.

The Tigray People’s Liberation Front (TPLF), which is refusing to surrender its rule of the northern region, said its forces were digging trenches and standing firm.

Reuters could not confirm the latest statements on the war. Claims by all sides are hard to verify because phone and internet communication has been down.

Abiy’s federal troops have taken a string of towns during aerial bombardments and ground fighting, and are now aiming for Mekelle, a highland city of about 500,000 people where the rebels are based.

The conflict erupted on November 4 and has killed hundreds, possibly thousands, and has sent more than 30,000 refugees into neighboring Sudan.

Rockets have been fired by rebels into neighboring Amhara region and across the border into the nation of Eritrea.

Foreign nations have urged talks, but Abiy has pressed on with the offensive.

In his statement on Sunday evening, Abiy said that during what he described as a law enforcement operation “all the necessary precautionary measures have been taken to ensure that civilians are not harmed”.

Referring to the TPLF he said that “all that the clique is left with is the fort that they have set up in Mekelle and empty pride”.

He added that the people of Tigray had had enough of what he said was TPLF violence against them, and appealed to the people of Mekelle to stand with the federal troops in “bringing this treasonous group” to justice.

“I killed him in self defence” – Corps Member Asserts